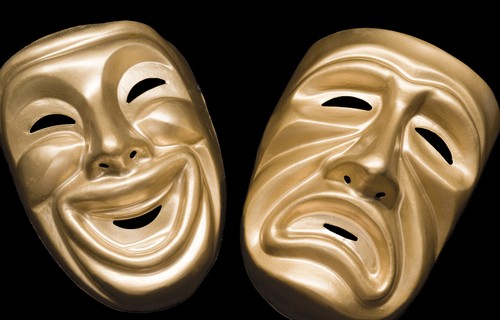 A quick “Thank You” to everyone who downloaded an e-copy of Critical Voter during last week’s Amazon promotion.  Also, an additional set of lessons was just posted on the Curriculum part of this site.  And with that, it’s back to that series on Aristotle’s three Modes of Persuasion started last week, this time getting a bit emotional with a discussion of pathos.

As appealing as it might be to base all of our decisions on cold, hard logos, logic on its own suffers from some significant shortcomings.

Those who have read Critical Voter know I’m simplifying since Gerry being a magical creature is logically valid (i.e., the premises lead to the conclusion) but unsound (since premises requiring the existence of unicorns are false, or at least doubtful). But since logic alone cannot always tell us which premises are true or false, reasonable or unreasonable, we’re back to the problem of logos not always providing enough punch to solve complex problems.

Even worse, for those looking for practical ways to apply critical thinking to important real-world situations (such as choosing a President), logic cannot necessarily break a tie between two arguments of equal logical strength. Building on a simple example from last time, there might be a perfectly logical argument why a school band should spend its money on new uniforms (because they will provide benefit for many years) and an equally reasonable argument why that same money should be spent to play at the Rose Bowl (since it raises the profile of the band and will help recruit new members – ensuring long-term viability of the program).

Given that most of the political debates we have (or should have) are based on choosing between equally valid (and often equally good or bad) choices, something other than logic must be used to help us make a decision.

Now arguments based on emotion (i.e., pathos) tend to make us uneasy since emotion is seen as non-rational and those who build their arguments around emotions can come off as manipulative. And there is no question that pathos can and has been used to manipulate people throughout history.

So one way to determine if pathos is being used cynically or constructively is to analyze whether the emotions we are being asked to take into account when evaluating an argument (such as a campaign speech) are targetting our gut vs. our heart.

The other factor to keep in mind is that strong arguments that leverage emotion (good or bad) should not rely exclusively on emotional appeals. In fact, one sure sign of demagoguery is the demagogue’s exclusive or over-reliance on pathos vs. finding just the right combination of logos and pathos to drive their argument forward.

Given that every political debate has an emotional component, we should not become cynical if a political speaker makes use of powerful pathos-based rhetorical techniques. And we should be particularly careful not to fall into the trap of deciding that the emotional content of speeches made by candidates we support are inspiring while those made by their opponents are creepy and manipulative.

Rather, we should judge political speech – and every other form of argumentation – based on whether the speaker is appealing to the gut vs. the heart, and how well they get the balance right between logos and pathos. And if they get this tricky combination right, they will be rewarded with the hugely valuable third category of Aristotle’s: ethos, the subject of next week’s posting on the three Modes of Persuasion.