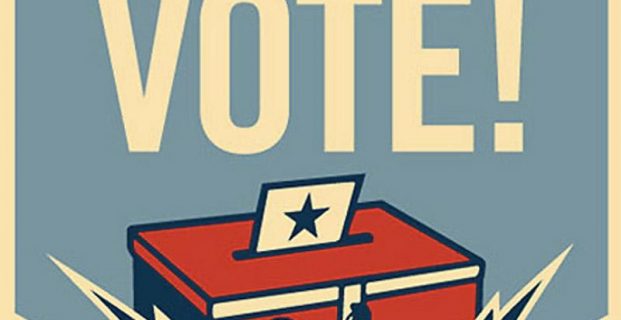 Even during strange political times like the one are living through, our most sacred democratic duty is to cast our ballot, which I hope all readers have done or are planning to do today.

Eight years ago, after the first election I used as an occasion to think about thinking (in that case, by documenting my choice to remain undecided until Election Day), the contest was heated but the results accepted (even celebrated) by nearly everyone.

Four years later, Critical Voter the podcast took a step back from the emotional highs and lows of an even more contentious campaign, using the occasion to explore pedagogy vs. politics.  Most of the ideas (and much of the content) that appears in Critical Voter the book came out of that experience, and using the 2012 election to teach about subjects like logic and rhetoric had the added benefit of creating a sense of detachment from that heated campaign.

This time around, however, turning campaign commercials into syllogisms and picking apart debate performances for signs of anaphora seemed to be missing the point of an important moment in history, especially as sticks of dynamite I noticed (and mostly ignored) while exploring previous elections all seemed to have been lit and were going off simultaneously.

In earlier votes, for instance, I’ve noticed how that endless string of professionals the campaigns hired to build stories about a candidate and his or her rival and lodge them into our brains seem to have caught on to the fact that when our candidate is down, panic will lead to partisans to accept any evidence that can confirm a confirmation bias and help it to spread.

Was it such a big deal that so much conversation regarding the 2012 election centered on that 47% meme that only came about because someone we never met snuck a camera into a private event and posted the video on the Internet?  Not for partisans who lapped up evidence confirming what they wanted to believe, despite its providence.

But now that the media has moved from Balkanization to collapse, the safeties have been taken down meaning that elections now hinge on a stranger’s tweet, a hacked e-mail or a video recording released at just the right moment.  Do we know where that latest story came from?  Do we care?  Or are we ready to swing from wild glee when the spotlight is turned onto the candidate we loath, and then switch to outrage when our man or woman gets the same treatment, without stopping to think that perhaps someone is being paid to yank our chains.

And chains they are.  For if someone you have never met thinks they have (and probably does have) your number, if they know which buttons to push, which embarrassing Facebook posts or hacked e-mails to release to get you to do what they want when they want, then we have indeed allowed ourselves to become enslaved.

That might seem a strong word, but did you get the sense at any point this election that anyone was trying to convince you that their world view was coherent and correct or that their opponent’s belief were in error (vs. being beyond the pale)?  Or has the game of campaigning we used to condemn for getting in the way of genuine debate become the only remaining feature of our political culture with paid consultants, hackers and partisan bloggers now competing to get us to perform the dance steps they prefer?

Perhaps this is all a strange moment of hysteria that will pass after the election is over and we “return to normal.”  But with one of the major political parties in ruins and the other just one skilled demagogue from going the same way, with politicians more equipped to prosecute their rivals than debate them, with a public that wants to work itself into hysteria every four years and then be left alone in between, we might be starting to approach that sheer cliff we have worked so hard to pretend does not exist.