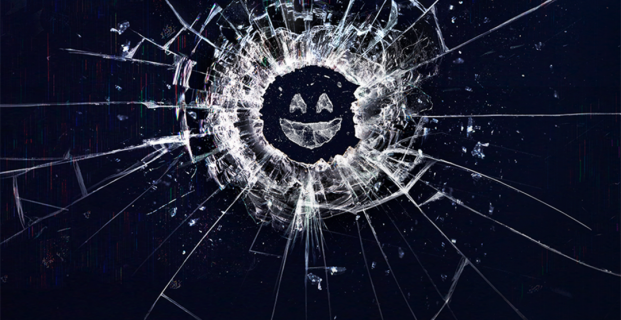 While not a big cable binger, I’ve recently taken to a new Netflix series called Black Mirror. From what I’ve watched so far, it seems as though producers of each episode were given the mandate to come up with a dystopia that represents just a tiny acceleration of today’s technology trends.

For instance, one episode (called “Nosedive”) imagines a near future when all social media has been collapsed into a single app that allows us to constantly rate every moment, every experience and every interaction on a five-star scale. These “votes” immediately contribute to the ranking of each individual, and special contact lenses allow us to view the current rating of everyone we’re dealing with, providing a constant stream of quantitative data regarding our human worth vs. everyone else’s.

Recent attacks on major Internet sites have exposed the vulnerability of the technology we now all rely on to assault by mysterious strangers. But during this election cycle, we are also experiencing threats to our freedom facilitated by the very technology that was supposed to liberate us. And, like the sci-fi scenarios described above, these are all threats of our own making.

The unfolding of these problems might explain the discomfort I had four years ago when the biggest news story of the 2012 election cycle involved a hidden-camera recording of a speech before funders by Mitt Romney, the Republican presidential nominee. During that talk, he made a now-infamous reference to “The 47 percent,” meaning the 47 percent of Americans who get more from government than they put in who would therefore never vote for a Republican. Democratic rivals and the media (which ran continuous stories on the secretly obtained video) used that comment (or, more specifically, their interpretation of that comment) to portray Romney as a heartless plutocrat indifferent to nearly half the country.

At the time, I used the event to generate a three-part case study that illustrated various critical thinking principles covered in Critical Voter (then a podcast series) such as Information Literacy and Media Literacy. In doing so, however, I seemed to have avoided asking a more fundamental question: who elected the unknown waiter who secreted his spy cam to have such an outsized role regarding who gets to be President of the United States?

Four years later, the fat-end of the wedge that waiter thin-ended into our political system means that other non-waiters are now trying to get a piece of our political action. The possibility that foreign governments are releasing hacked e-mails to sway our voting has already become an issue in the campaign. But what about domestic hackers digging up their own dirt on the candidate they despise, or “citizen journalists” pouring through the Twitter feeds of one presidential aspirant (as well as their followers) looking for an expression of bigotry, or “truth squad” partisans stalking the candidates — camera phones in hand — waiting to record a gaffe they hope will go viral?

When talking about the kind of manipulation that critical thinking can immunize against, I’ve generally imagined the sort candidates and the professionals they hire use to play us for suckers, by tapping into the frailties of our emotional and cognitive wiring. But with the Internet “democratizing” everything from journalism to scholarship to politics, is it any surprise that the new technologies are letting everyone take a crack and screwing with us?

Subtle and not-so-subtle forms of manipulation tend to go mainstream when they are accepted by one set of partisans since they help them in their battle with political rivals (illustrated by that 47 percent video, seen at the time as useful bludgeon, rather than a new norm with frightening consequences once normalized). And if we continue to eagerly gobble up evidence of our enemy’s perfidy from any source whatsoever (no matter how problematic) vs. putting the time and effort into making up our own minds (without the thoughtful help offered by those who want us to do what they say), how much longer will it be before we find ourselves in a dystopia our confirmation biases have built to imprison us?