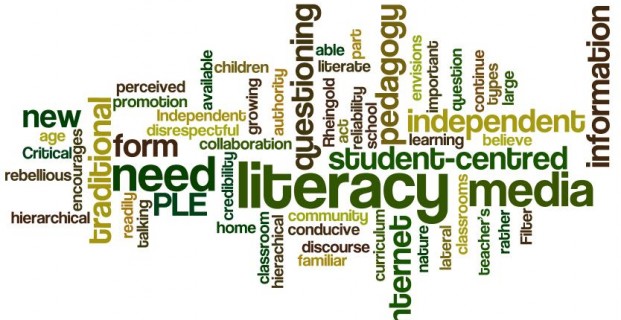 A number of modern sources inform the construct of critical thinking that underlies Critical Voter (both the book and just-released teaching curriculum).

Cognitive science, for example, demonstrates how cognitive biases inherent in being a member of the human species can impact the judgement of even those who have committed all the works of Aristotle to memory. And in an age of “Ginormous Data,” Information Literacy – a set of techniques pioneered in the librarian profession – can help us navigate Niagaras of material to locate the information we need to make sound decisions.

But another modern literacy – Media Literacy – can help us make sense of how components of information (such as words, sound, pictures and video) interact with the prime senses we use for sense making: vision and hearing.

The way visual information gets processed by our brain presents challenges with regard to thinking critically. In some cases, vision is a logos-based sense which processes information (particularly written information) logically. At the same time, pictures (which are also visual) are enormously effective conduits for emotion. And when logical words and emotional images come into conflict, it is usually the pictures that win out.

This clash became major news several decades ago when CBS News’ Leslie Stahl ran an extended piece during the 1984 presidential race that paired optimistic and patriotic campaign events put on by the Reagan reelection campaign with verbal commentary by Stahl that contrasted those sparkly activities with what she described as darker aspects of the Reagan presidency. But rather than complain about the piece, the Reagan campaign instead called to thank her for giving their powerful visuals – which completely overwhelmed Stahl’s pessimistic verbal narrative – so much free airtime.

Media Literacy teaches the methods media sources (from large corporations to humble bloggers) use to convince and, sometimes, manipulate. As you scan your daily newspaper, for example, how many photos are placed above stories to provide further information vs. establishing a mood? Does that worried look on the president’s face in a photo illustrating a news story about the economy indicate that the president is fretful about the economic issue being described, or did the newspaper just search Google Images using the key terms “President looking fretful?”

During the era when the Media Literacy field was being developed, media was assumed to consist primarily of major institutions like TV networks and major newspapers and magazines that could at least be held accountable if they used a false or misleading image to illustrate a story. But in today’s age of micro-journalism, the pedigree of imagery is less important than making sure every blog entry, Facebook post and Tweet is associated with an eye-catching image, regardless of its relevance or truth value.

Worse, in an age when many citizen journalists create sites for specific audiences looking to shore up their pre-existing beliefs, images tend to get selected based on how well they play to that audience’s prejudices.

How long do you think you’d have to search the Trump-hating blogosphere before seeing a story bannered by a photo of the Republican front runner with his face twisted in demented rage? Similarly, I’ve seen the same image of Hillary looking smug and imperious gracing at least a dozen stories related to various alleged Clinton scandals.

As our social media communication becomes increasingly visual, it will become more and more important to sort images trying to tell us a thousand (accurate) words from those trying to sway us through verbal cues designed to get us to think like someone else wants, rather than to think for ourselves.