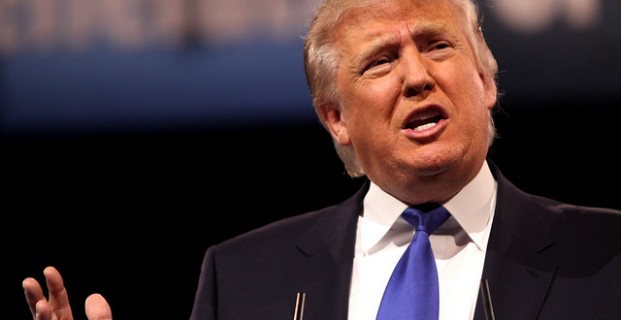 I just revived my Huffington Post column and thought Critical Voter readers might want to hear what I’m saying over there about this year’s most talked-about (mostly by himself) Presidential candidate:

When I told friends, colleagues and family members that I was turning Critical Voter, a curriculum that used the last Presidential election as a springboard to teach critical thinking skills, into a general purpose book, most of the questions I received had to do with what I thought about phenomenon that is Donald Trump.

The implication seemed to be that anyone interested in teaching critical thinking skills would be appalled by the alleged lack of those skills among seemingly large numbers of voters expressing their support for the real-estate mogul turned TV star turned presidential candidate.

In fact, the very first case study included in the new book has to do with the Trump candidacy, even if the critique it provides looks at both Trump and his critics. And where might those critics – no doubt all wise and learned men and women – possibly be going wrong when they aim their intellects at The Donald?

Obviously many people appalled by Trump and his campaign provide lucid and incisive commentary regarding what they think is wrong with both. But there also seems to be a subset that revels in the odd and sometimes rambling things the former King of Atlantic City has to say. One set of critics, for example, performed a sophisticated textual analysis of a particularly incoherent statement made by the candidate to prove that Trump (and thus his supporters) can be scientifically shown to be a bunch of simpletons.

The problem with this line of attack is that is uncharitable, that is it violates a key critical thinking principle (The Principle of Charity) which asks you to take on an opponent’s strongest arguments, rather than just pounce on his or her weakest ones (or harp on grammatically challenged statements not necessarily central to the argument an opponent is making.)

This lack of charity makes perfect sense once you realize that the audience for scientific analyses of Trump grammar (or lack thereof) consists only of those who already consider the Republican frontrunner and his followers to be a bunch of morons. In other words, rather than try to convince those that disagree, attempts to dissect Trumpian linguistics were designed to make those who already agree feel good about themselves. Given this, such arguments will likely have no effect on the race (except, perhaps, to convince those not inclined to dismiss the Trump candidacy out of hand that his critics are a bunch of jerks).

Before the smoke coming from the ears of many a Trump-hater gets too thick, fear not! For that case study I just mentioned also explains which of the candidate’s many flaws make it highly unlikely he will ever set foot in the Oval Office (except, perhaps, in chains). And it is to that subject we will turn to next time.