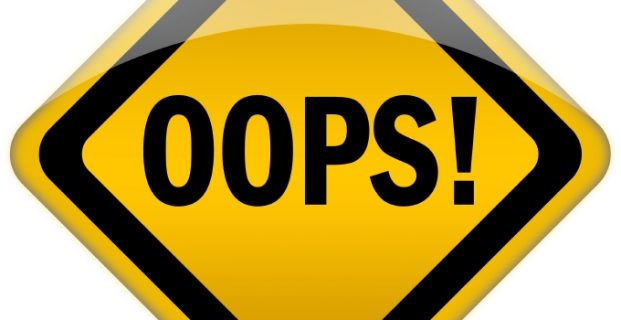 One of the great pleasures in life is to watch someone you can’t stand make a blunder, preferably publicly, and suffer ridicule (or worse) as the result.

In politics, such blunders are referred to as “gaffes,” and it’s interesting to consider the evolution of what constitutes a political gaffe and what this might say about today’s candidates and (more importantly for this project) today’s voters.

One of the most memorable gaffes in modern political history took place during a televised debate between then President Gerald Ford and his Democratic rival Jimmy Carter. During an exchange regarding nations considered Soviet satellites, President Ford stated that “there is no Soviet domination of Eastern Europe,” an extraordinary statement given that it was made at the height of the Cold War.

The remark was debated for days afterwards. Was he really saying Poland and other Eastern European nations were not under the Soviet boot, which would make the Commander-in-Chief seem out of touch with political reality? Or was he talking about the internal spirit of Poles and other people who remain uncowed, despite temporary domination by Moscow, which might make his comment prescient of their behavior when Poland and other East bloc nations threw off the Soviet yoke decades later?

In moments less charged than a tight Presidential race, the Principle of Charity might incline one towards the most generous interpretation of President Ford’s misstatement. But it’s telling that both his comment and the debate surrounding it focused on an issue of substance (the Cold War and America’s role in it) which made discussion of the matter highly relevant, even if the rhetoric surrounding the words spoken ended up overblown.

Fast forward to the 2012 Presidential race when a similar eruption occurred over candidate Mitt Romney’s failed attempt to demonstrate his commitment to putting women of talent in important positions in his administration. In retrospect, the matter-of-fact description of such a goal in that last sentence might have sufficed, but instead he referred to a screening process involving “binders full of women” (a reference to office binders which I supposed we were to presume were filled with resumes of highly impressive potential female cabinet members).

Foes immediately jumped on this “binders” comment to imply that Mr. Romney saw women as nothing but data held in a binder (or something to that effect), which triggered an avalanche of ridicule that fed efforts to portray the Republican presidential hopeful a ruthless (and now sexist) corporate tycoon. In addition to verbal taunts flooding both old and new media, the binder meme floated into the physical world as mischievous non-Romney voters ran to the art closets to craft full-size binder costumes.

Now all is fair in political warfare, and all politicians (including Romney) must be ready to take their lumps for statements made in the heat of the moment. But if you compare the issue at stake with the previous example regarding Gerald Ford, can you identify a comparable issue of significance or an actual controversy in play?

I suppose the misstatement might have fed a debate regarding the difficulty women have reaching high positions in both politics and business, but remember that what Romney was trying to say (albeit badly) was that he shared this concern. So, unless you’re ready to accept that a reference to “binders full of women” really meant he considered women as nothing more than something you buy at Staples for $1.29, it’s probably safe to deposit this controversy into a box named “Campaign Silliness” to be moved on from once election hysteria has subsided.

Yet far from being embarrassed by the excess that normally accompanies a political election, we now seem to be so obsessed with gaffes that we no longer have the patience to wait for the actual candidates to make them.

In a political season dominated by Twitter, I suppose it’s fair to judge the candidates by some of the dumb things they tweet out before or during the campaign. But remember that it is “we the people” who insist that all candidates use this and other social media (lest they be branded as old fogeys), and that they conform to social media norms regarding spontaneity and authenticity (lest they be condemned for having their Tweets and posts crafted by a committee).

Yet once our demands have been met, we start to comb the timelines of the candidates we never planned to vote for, ignoring anything of substance they manage to cram into 140 characters, but doing everything in our power to ensure any dumbass comments find their way onto the front page of the New York Times.

And if we can’t find anything bigoted or sexist or insensitive or just plain stupid in the candidate’s feeds, walls or timelines, we can always prowl those who they follow (or those that follow them) for the ammunition we need to feed a campaign built around guilt by association.

When our phones turned into combination cameras and broadcast studios, it was just a matter of time before this remarkable technology was applied to stalking candidates for high office in hopes that they say something dumb, or let food fall out of their mouths, while our lens was pointing at them. But social media seems to have taken this process one step further as we demand our opponents manufacture the ammunition we can use against them.