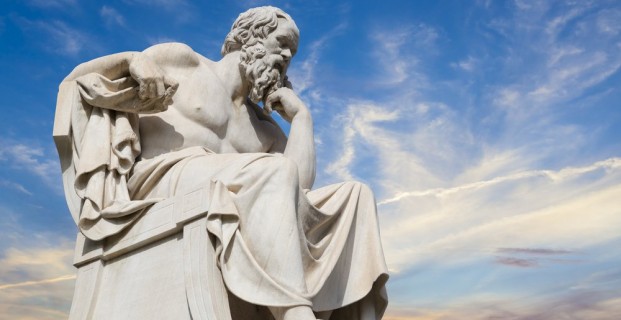 A coworker recently forwarded me this article regarding a study that seemed to indicate teaching grade-schooler’s some philosophy is the best way to raise their writing and math scores.

Given that I’m working with some of the world’s most prominent educational researchers, I’ve been taught to take news stories covering academic studies with a grain of salt, especially when the story moves from hypothetical to headline (in this case, a headline which definitively states: “Teaching kids philosophy makes them smarter in math and English”).

That said, there is something unsurprising about a discovery that involves improvement in general education brought about by introducing students to the father of all disciplines.

As full-time philosophers and fellow philosophy hackers have pointed out, every discipline we today teach and treat as separate subjects (from physics to marketing – a descendent of psychology) originated as sub-specialties of philosophy, which is why we still award PhD’s (i.e., Doctorates in Philosophy) even to those who spent all of grad school hovering over test tubes rather than reading Plato.

If I were to hazard a guess as to the mechanism whereby spending 40 minutes a week thinking and talking about philosophical issues might improve both math and writing scores, it would probably highlight the fact that philosophy is one of the few subjects that embraces the balance between certainty and ambiguity.

For instance, every philosopher starts their training by learning logic, the cornerstone skill for organizing one’s own thinking. In addition to introducing students to things we can know for certain (like the conclusion of a valid and sound argument being true), it also introduces them to degrees of certainty – for example the differing levels of certainty assigned to deductive vs. inductive arguments.

An organized head and comfort with uncertainty can be particularly helpful when you start dealing with ambiguous situations, especially in areas like ethics. Unambiguous ethical situations, after all, are completely uninteresting which is why ethical debates tend to be about finding ways to select between competing goods (or making the right choice when all your options are bad).

If math is about absolutes (given that statements like 2+2 = 4 are some of the few things we can unquestionably know), why wouldn’t exposure to the logic inherent in philosophy raise math scores? And if the human condition centers on navigating ambiguity in the world, wouldn’t one’s writing about that world get better once you’ve internalizes some of its complexity?

This story reminded me of something else I read recently that pointed out how studying philosophy is one of the best ways to prepare for success in life (with success in life being defined as getting the high test scores needed to get into graduate school). And while I’m not inclined to define the success of a field based purely on utility (whether based on standardized test scores or grad school acceptance rates), we should probably stop considering philosophy as one of those esoteric academic subjects that only provides benefit to a few “head-in-the-cloud” thinkers tackling abstract minutia no one cares about.

As I’ve fessed up in a recent newsletter (which you are free to subscribe to by punching your e-mail address into that field on the right), Critical Voter is really about combining pieces from the philosophical tradition (logic, argumentation, rhetoric) and modernity (Media and Information Literacy, cognitive science) into a user manual for the mind.   And while I’m not going to promise higher test scores or acceptance into Yale with every copy, there’s always the chance that internalizing wisdom developed over the last 2500 years just might do you some good in life, regardless of how you choose to measure that success.