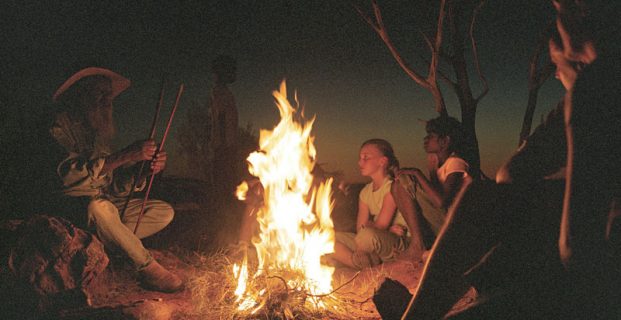 In a chapter of Critical Voter dedicated to bias, I talk about how early ideas that attributed the human tendency to act illogically to our emotions overwhelming our reason had to be updated once it was discovered that our reasoning facilities aren’t as hot as we once through they were.

Daniel Kahneman, in his best-selling book Thinking Fast and Slow, describes work that replaced a mind-heart divide which pitted our intellect against our emotion with a new model that sees different aspects of our reasoning working in harmony (leading to understanding) or disharmony (leading to cognitive errors and biases).

For example, the part of our brain that processes information very quickly loves to find patterns which then get encoded into stories that have enormous staying power. These stories can be accurate, or at least useful (such as the story which says a loud noise usually signals danger). But they can also be inaccurate, or open us up to manipulation when someone is trying to get us to think the way they want by fitting facts and events into stories that serve their purposes.

Politics is rife with an appeal to storylines, especially by those eager to gin up their base, with “the base” defined as those pre-disposed to believe a particular story. For example, Hillary Clinton would clearly like you to believe that controversies regarding her use of a private e-mail server are the result of a right-wing conspiracy that’s been trying to destroy her and her husband for decades. In contrast, Clinton’s foes would prefer you build the facts about her communication irregularities into a different storyline, one that tells a tale of widespread corruption swirling around the potentially two-time first couple.

Given that politics is all about persuasion, leveraging the public’s desire to fit pieces into story-driven patterns is fair game. But as critical thinkers, we need to be able to distinguish between stories designed to help us understand a complex situation vs. stories designed to get us to not think about important things.

We saw a high-contrast example of this phenomenon last week when a brutal attack took place at the Pulse night club in Orlando, leaving fifty people dead and as many injured.

Certain facts about the massacre are clear cut. The Pulse is a gay club, which meant all those targeted were part of the LGBQ community. Also, the crime was committed with a high-powered automatic rifle. Finally the man who committed mass murder swore fealty to ISIS and publically declared that his act was inspired by Islamist ideology.

Since none of these facts is in dispute, the contentious debate we’ve had since the killings took place (a debate that began before the bodies were even identified) has primarily been about which storyline these facts should fit into.

For instance, is this a story about Islamist terror expanding in the United States, which would require a debate over how to wage war against a foe driven by religious ideology (not to mention discussion of complex domestic issues relating to religious tolerance and immigration)? Or is it a story about the widespread availability of high-powered weapons in America, which would precipitate a conversation about legal controls to be placed on such weapons? Or maybe it’s about intolerance directed against homosexuals, which would link this grisly tale to other issues related to LGBQ rights?

Each of these stories represents legitimate issues in and of themselves. Islamic extremism is indeed a challenge to the entire world, and it’s too easy for anyone who wants to do something nasty to obtain a gun, and gays are discriminated against and such discrimination is wrong. But is it really so difficult to determine which of these stories is the most important and relevant to the specific matter at hand?

Given that this is an election season, a set of meta-stories emerged almost immediately regarding how each candidate was dealing with the news out of Orlando. Was the President’s choice to frame his remarks on the subject in the context of guns and LGBQ rights an attempt to avoid (and thus avoid having to do anything about) violent religious extremism? Was Republican nominee Donald Trump’s condemnation of Obama for not talking enough about religious terror an attempt to use a tragedy to inspire fear among the public?

Given how much coverage of the Pulse story has centered on what the candidates did and didn’t say afterwards, clearly stories about domestic Presidential politics have taken precedence over stories related to the event itself (apart from stories of people dealing with personal tragedies, which have fortunately not been used to fuel partisan arguments – yet).

Getting to true understanding of this horrible event, or any event (horrible or not) involves formulating the right questions, and not flinching from uncomfortable answers. But this can only take place once we recognize that offers of a comforting (or at least familiar) storylines to help us navigate challenging issues usually come with strings attached.