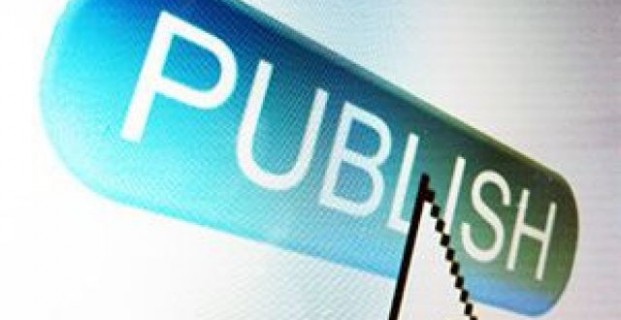 I’ve started a series on self-publishing over at LinkedIn which I plan to share here at Critical Voter over the next several Thursdays.

In addition to commentary on the election and critical thinking, the subject of my new book Critical Voter, I wanted to start a semi-regular series that might provide those of you interested in taking a plunge into self-publishing the chance to learn from someone’s recent experience navigating that scene.

And not so recent experience. For having created books as both a publisher and author during the pre- and post-Amazon eras, I’ve been in the writing and publishing game long enough to know that not everything about this Brave New World is entirely new.

For example, we were using the term “self-publishing” during Earth’s distant past (i.e., the 1980s) when a book company I founded published dozens of quick reference titles that provided step-by-step instructions on how to use the desktop software of the day.

Last time I checked, our best-selling title covering WordPerfect 5.1 for DOS was selling online for one cent (1/200th the cost of shipping, and far less than the original list of $5.99). Which provides a lesson on the longevity of what publishers commonly call their “back list” (not to mention humility).

A discussion of pricing and price sustainability will await a future entry in this series. For now, however, I wanted to point out that two key ingredients needed to let more people enter the publishing biz were already in place during the first Clinton administration: affordable computers running easy-to-use desktop publishing software and a network of contractors and service providers who could handle things like proofreading and production of camera-ready copy for reasonably short money.

What the world lacked back then was a means to produce small quantities of books at a unit cost upon which you could build a profitable (or even break-even) business. For runs of 2,500, 5,000 or 10,000+ copies, you could print a book for a buck and sell it for five or ten. But low-cost print-on-demand and e-book options, coupled with even lower-cost means of distribution through electronic storefronts, are what make today’s self-publishing options genuinely distinct from yesterday’s.

Making it easy to get a book into people’s hands is one thing. Getting them to actually discover, buy and read it is something else entirely. Which is why traditional publishers continue to stress their key value proposition: the ability to let people to know a book exists.

A decade ago, I became the accidental co-author of a book published by a non-profit dedicated to helping teachers integrate technology into education. The “accidental” part derived from the fact that my original job of writing two chapters eventually morphed into helping with all the rest. But beyond that odd onramp, the conventional publishing process had a number of things to recommend it.

First of all, someone else (the publisher) took care of time consuming and/or costly steps such as proofreading, page layout and cover design (not to mention production and distribution). More importantly, they were already in touch with the target audience for the book (teachers) with channels and mechanisms in place to get the title into customers’ hands.

A more recent traditional publishing experience with an academic press was even more delightful, including as it did the most thoughtful editing I’ve ever experienced, a super book and cover design, distribution via bookstores, and multilingual editions in Chinese and Korean. But in the decade between those two conventional publishing experiences, obligations to do or pay for certain kinds of work (such as proofreading and developing an index) seem to have moved from publisher to author.

This highlights the fact that lines drawn between “self-publishing” and “publishing” might not be as sharp as they first seem. But before we get into the nitty or the gritty of what constitutes a serious self-publishing project, I’d like to look next week at the first question you should be asking yourself before beginning any type of publishing effort: what is the goal of your book project?