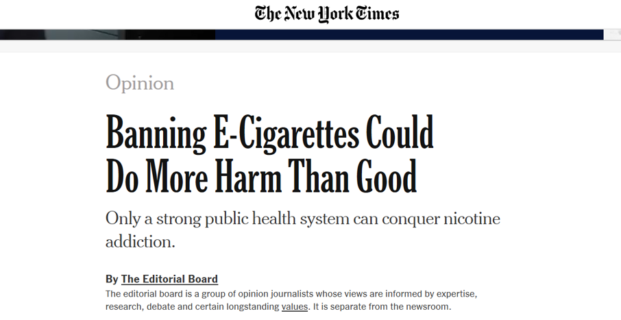 Continuing with the basics:

So far, we’ve taken a look at the logic behind a seemingly spontaneous (but likely pre-planned) quip, and an off-the-cuff set of tweets. Now, let’s begin to look at how to analyze the reasoning behind a fully crafted argument.

The example I’ll use is an editorial that appeared recently in The New York Times about a hot political issue being debated in Congress: a federal ban on electronic cigarettes, often referred to as “e-cigarettes” or “vapes.” (If you get stuck at an NYT paywall, the editorial has been reproduced in full at the end of this piece.)