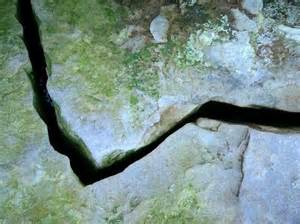 One of the latest mini-twists to come out of this year’s twisted election season has to do with polling indicating that voters (particularly younger voters) Hillary Clinton has been counting on seem to be drifting to third-party alternatives.

In itself, this is not all that surprising. During a year when being blown up by a giant meteor has polled roughly the same as the two major candidates, why wouldn’t voters of all stripes be looking for alternatives?

The odd thing about the Democratic defections (or theorized Democratic defections since – as all critical thinkers should note – this trend was spotted by imperfect polling data and covered by media more interested in novelty than reflection) is that they seem to be trending more towards the Libertarian candidate Gary Johnson, rather than the Left-leaning Green Party leader Jill Stein.

This seems odd, given that large numbers of young voters disinterested in Hillary Clinton recently threw their support to Bernie Sanders, an avowed Socialist whose political opinions are much more in line with Stein’s Greens than Johnson’s Libertarians.

In order to examine this conundrum further, I turned to a nearby stand-in for young voters, my 17-year-old son. As readers of Critical Voter know, efforts to use election politics to teach critical thinking (now going on three elections) originated in a desire to teach my kids these important skills. But now that my oldest is almost (but not quite) voting age, and intensely politically engaged, I decided to ask him why his cohort might prefer to cast a non-Hillary vote for Gary Johnson.

His explanation began by pointing out that, while he is not interested in supporting Libertarian candidates or a devotee of Libertarian ideology himself, he’s been impressed by the pragmatic way Johnson has balanced commitment to that ideology with practicality and realism.

For example, because Libertarians tend to be fiscally conservative, but socially liberal, they have their own unique challenge with difficult social issues like gay marriage. A live-and-let-live ethos would tend towards support for gay marriage (or at least rejection of attempts to use state power to ban private, personal decisions). But given that the state is involved with defining what constitutes legal marriage, their minimal statism solution has traditionally been calling to get the government out of the marriage business altogether.

The only trouble with this approach is that it is hugely impractical (or at least would constitute an extremely difficult campaign promise to deliver on, with likely unintended consequences). Given this, Johnson’s solution (according to my son) is to not object to gay marriage but not to focus the party on purist solutions (like eliminating government’s role in marrying people), instead prioritizing other issues which might be resolvable through practical application of Libertarian principles.

This willingness to compromise impractical ideology impressed my son, as did Johnson’s relatively normal, soft-spoken rhetoric which contrasts favorably with the focus-group-tested tedium and bombast we’ve seen from his major-party rivals.

Now it should be noted that the favorable impression Johnson has made on the one young non-voter from whom I’m drawing these insights would not translate into a vote for that candidate if my son was of voting age. As mentioned earlier, his distance from Libertarian beliefs limits his interest in voting for that party, especially given its previous track record of ineffectiveness due to devotion to ideological purity. And while he has great contempt for the two-part lock in American politics generally, he also recognizes the strategic nature of voting – which means votes for third parties ultimately translates to victory of one of the two majors.

Given the number of softer-spoken candidates who lost out during the primaries, clearly there are limits to playing the role of the only adult in the room. But the defection patterns we have seen over the last year seem to also indicate that voters are not lining up along the same ideological fault lines as the candidates. Which makes pragmatic calculation as sensible a metric for voting as anything else.