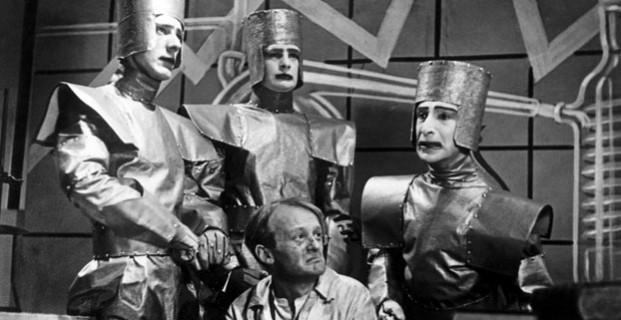 During the 2012 Presidential race, I wrote a story on the role technology was playing in election politics that pretty much boiled down to the claim that computers just allowed more people to do more of the same faster and cheaper.

In retrospect, I was probably wrong about that. (Just to show that’s not the toughest thing to say, you can read here about how I might be wrong about this year’s election as well.)

That “more of the same” argument made in ‘12 looked at traditional elements of campaigning: voter registration, Get-Out-the-Vote (GOTV) drives, advertising, fact-checking, news coverage, etc., and noted how cheap and powerful computers connected to the Internet meant anyone was free to take part in such activities (not just the rich and powerful).

While this premise was certainly true, it failed to take into account how institutions that once counted on small numbers of big players have seen their election year roles altered as micro players began to drive political and media agendas.

For example, during an era when people are still talking about “Big Money” buying the next election, it is small donations that are likely to keep the only real rival to Hillary Clinton in the game until convention time – just as small donations fueled her successful rival in the 2008 nominating race. And over on the Republican side, those big donors everyone feared would dictate the nominee instead kept unsuccessful candidates in the race far longer than they would have stayed had they not had deep-pocketed sponsors to tap, paving the way for an upset candidate who has still yet to break the 50% mark.

Just as “small money” only became a big player when the Internet matured as a fund-raising behemoth, so too has Internet-driven small communication transformed the conversations we are having about this election, and every other issue.

I don’t think I’ve been able to start a morning without news of Donald Trump’s latest tweets being repeated and discussed in daily papers and TV news which have become amplifiers for Twitter, a “news source” they seem to be drawing upon like they once relied on AP. And even as the blogosphere has allowed unconnected actors (myself included) to have a say, it has also created new openings for manipulators, not to mention ever expanding opportunities to limit our information intake solely to articulate opinions with which we already agree.

Over a decade of Internet-delivered fortification of our confirmation biases means we have less and less exposure to people or ideas that challenge our beliefs. Given this, is it any wonder that our argumentation muscles have atrophied to the point where ignoring points we can’t counter is considered an appropriate form of debate, and shouting down opponents is starting to be considered a legitimate form of free expression?

One of the books I mention in Critical Voter is The Shallows by Nicholas Carr. That book is subtitled What the Internet is Doing to our Brains and the author’s main argument is that our tools (be they written language or the Web) create us just as much as we create them.

Our brains are plastic, after all, meaning they can adapt very quickly in ways that modify our behavior without our noticing it. Consider, for example, the observation Carr makes at the start of his book that he cannot point to the moment when he decided to stop printing out his articles and editing them by hand and moved to both writing and editing entirely on a word processor. That’s because this moment came and went and he was too busy writing and editing to notice that his technology had retrained him on how to perform those tasks.

Similarly, customized newsfeeds that play to our biases, 140-character communication that travels unfiltered from our id to the world, the proliferation of empty memes (such as our political opponents should be mocked vs. listened to) vs. complex ideas are all retraining our brains to work in ways different from how they worked just a decade or two ago.

So while actual hardware and software might still be dedicated to performing the same tasks they were asked to do when technology first got injected into politics, the most profound change computers and the Internet might be driving is a transformation of those of us pretending we’re in control of both our devices and our destiny.