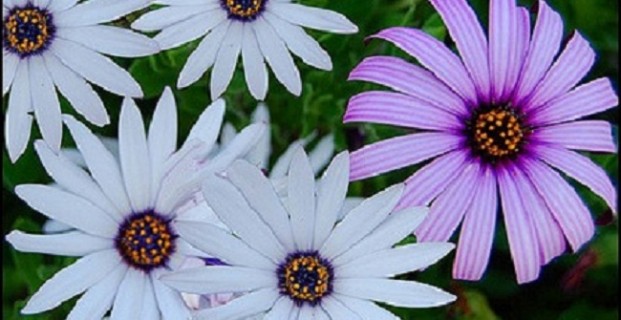 Last week, I noted that the debate over who will succeed Justice Scalia on the bench is focusing not just on legal and political matters, but also on issues relating to consistency.

It is hard to underestimate how much human behavior is driven by aversion to inconsistency. This is what makes accusations of hypocrisy so potent in politics. Most of you can probably think of situations where inconsistent behavior (like the moralist caught in an extramarital affair) destroyed a political career. Today, the endless replaying of past footage where Democrats or Republicans argued the opposite of what they are saying today demonstrates the effectiveness of this accusation in the current debate over who gets to decide the next Supreme Court Justice.

In politics, our discomfort with inconsistency goes beyond what politicians say. It also encompasses how they eat, dress and even gesture. Those of you who remember the 2000 Presidential race might recall criticism of Democratic candidate Al Gore when he seemed to change his appearance (with regard to dress style and make up) and level of aggressiveness between each of three debates, leaving the public bewildered as to whether they were seeing the same man each time they turned on their TV sets.

This discomfort may even drive much of our humor, which is why we tend to laugh when that third guy does something different than the first two after walking into a bar; with laughter releasing the tension generated by that third guy’s inconsistent behavior.

But is this intense dislike of inconsistency rational? After all, most of us behave in an inconsistent manner all the time (passing by a homeless person, for example, despite our self-identification as charitable and caring). And don’t we assume different personas when we talk to a boss vs. an underling or spouse? So why should we get so bent out of shape when we watch politicians (many of whom have had to make decisions and compromises most of us will never encounter) also behave in an inconsistent manner?

One can make the case that hostility to a politician changing his or her style or tune before different audiences is entirely reasonable, given the message it sends that he or she can’t be trusted to carry out what they promise to you (since you are just another audience they might be pandering to).

But from a purely logical perspective, hatred of inconsistency is more than reasonable since belief in a single inconsistency forces one to believe any conclusion, no matter how ridiculous.

What do I mean by this?

Well let’s look at one of my favorite logical proofs which starts with an inconsistent premise in the form of A & ~A (a premise which says both A and NOT A are true), for example:

Premise 1: All men are bald and all men are not bald.

[Feel free to watch this video if you need a crash course on how a logical proof is structured.]

Since this premise is a conjunctive (i.e., contains an “and”), that means it can be broken apart with both statements in the premise becoming “true” (i.e., accepted) premises, which means we can continue our argument to read:

Now, if we take the second premise (“All men are bald”) and add a disjunctive (i.e., a second statement connected to the first with an OR), we get to:

Clearly that second statement about the moon is nonsensical, but it’s not a problem to add something absurd to a disjunctive since only one half of the premise needs to be true in order for the whole premise to be true. And since we’ve already said Premise 2 is true, then Premise 4 must be true as well.

But, if we also believe Premise 3 to be true (which we must if we have accepted the contradictory Premise 1), that means that the first statement in Premise 4 (All men are bald) is false which means the second statement (the one about the moon) must be true since we’ve already accepted the truth of Premise 4 as a whole.

This is clearly an unsound argument since the contradiction in Premise 1 is obviously false. But if one were to believe it — or any other contradiction — to be true, then the “fact” that the moon is made of salami logically follows. In other words we end up with a complete argument that goes:

So belief in a single contradiction, no matter how innocent-seeming (or justified in a particular political situation) turns logic in on itself, giving us the logical grounding to believe anything no matter how idiotic or untrue.

Even those of you who have not (yet) internalized particulars of logic should begin to understand why our hostility to contradiction might be an entirely justified mechanism that keeps reason itself from collapsing into ruin.