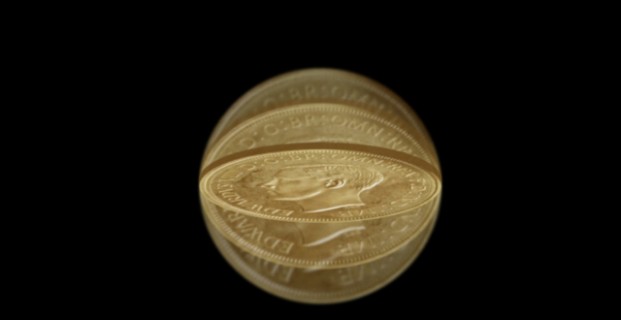 Those of you who managed to make it to Chapter 8 of Critical Voter are no doubt joining me in a chuckle over the controversy surrounding the Iowa Caucuses being decided by a half dozen coin flips.

“Foul!” cried many who were unhappy with the result, not because one candidate seemed to have won all six tosses (odds 1:64, BTW), but because the whole notion of deciding important political races by chance alone should be considered stunningly irresponsible and unfair, especially since we always have the option of going back to the “raw” (i.e., “real”) numbers which can tell us the true winner of the race.

As that aforementioned chapter on how numbers can be used to both convince and deceive describes (or, in this case, predicted), the problem with the first-in-the-nation presidential contest did not arise from the nature of Iowans or their weird system for selecting candidates. Rather, it derives from humankind’s near religious belief in the superiority of numerical information.

This belief actually has deep roots, going back at least as far as Pythagoras who, in addition to figuring out formulas for triangles, acted as a proto cult leader and philosopher whose followers believed in the mystical power of numbers and mathematics.

These beliefs derived not from silly superstition, but from the insight that numbers may be the only perfect thing humans experience in life. If you inventory everything you know and experience, one of the few things you can count on with absolute certainty is that 5 plus 5 will equal ten. That and similar mathematical operations are going to be true no matter where you are in the world (even the universe), and it will continue to be true even if a majority of people stop believing it.

The trouble is that when numbers are dragged down to earth and attached to real things, they tend to get tainted by reality rather than lending their perfection to reality. To cite a simple example, while 5 + 5 might equal ten, if you’ve got a sensitive enough scale and weigh two five pound bags of sugar, they will each be slightly more or less than five pounds which means their sum will be more or less than 10.

In his 2011 book Proofiness, author Charles Seife explores the impact of this ambiguity, notably how our inability to accept it leads us to prefer quantitative to non-quantitative information, even when such faith is unwarranted.

The canonical political example is the 2000 US presidential election, a contest still being argued over today by people who continue to believe that the correct vote count was obtainable, if only corrupt politicians and their lawyers would get out of the way and let us do a proper count to get to the “real” tally.

But much of the chaos surrounding that vote derived from the fact that an activity requiring millions of people to do something with millions of pieces of paper in multiple formats which are then collected and tallied by other people is a human vs. purely mathematical operation, one in which the results will contain a certain level of error simply due to the fact that they are an artifact of the real world.

At the time of that election, some tried to explain the problem as unique to Florida with its nutty butterfly ballots and hanging chads. But just two years later, Minnesota experienced the same thing even after boasting that it had made its voting process more systematic and rational in response to the 2000 chaos in Florida.

Now let’s move on to Iowa where we aren’t even talking about counting pieces of paper but rather keeping track of tens of thousands of people standing on this or that side of thousands of living rooms, then translating their positions into numbers to determine who won or lost.

If it helps, some level of error is going to intrude on any election involving more than a handful of voters. The reason we rarely have to deal with this problem is that in most elections the winner’s margin of victory overwhelms this error. But when it doesn’t (as in Florida, Minnesota and Iowa) chaos ensues.

But this chaos is the result of our refusal to accept that in close races (i.e., ones where the victory margin falls within the margin of error) a “true” result might not be obtainable (or might not even exist).

Some localities deal with this issue by settling elections where two candidates get the same number of votes with a coin toss, a variation of which seems to have been in play in Iowa last week. But there is a simpler solution for a race that doesn’t require picking someone to take up an office (like the Caucuses): declaring close elections with uncertain final outcomes a tie, apportioning delegates evenly, and not letting either tied candidates declare victory.

I’ll admit that this option wouldn’t have worked in the Florida or Minnesota elections where who got to be President or Senator was at stake. But absent a radical alternative (like do-overs for close elections), flipping a coin may be just as good (and a lot cheaper) than spending a generation sorting through the numbers hoping to find an answer that might not be there.