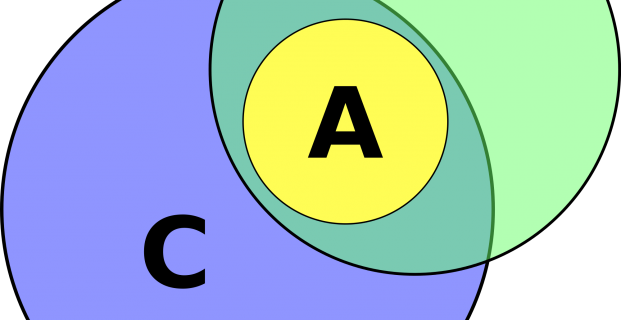 Of all the fallacies described in Critical Voter, I suspect the one we’ll be seeing the most of this election season is the already all-too-common Association Fallacy.

For those of you interested in such things, this fallacy is an informal one in that it doesn’t break formal rules of logic that might make an argument invalid. Rather, use of such a fallacy in the premises of a logical argument would make that argument unsound, due to one or more premises being incorrect, or at least easily rejected by a reasonable person.

To take a contemporary example, if someone told you “Bernie Sanders is a Socialist just like Stalin! Which is why I’ll never vote for a murderous Communist.” they would be committing an Association Fallacy by claiming all people who assign themselves the label “Socialist” are the same. But a reasonable person, even one only modestly familiar with the range of political ideologies that travel under that label, would likely understand that not all Socialists are identical to one of history’s greatest genocidal dictators. And thus the argument implied in the statement is unsound.

In public discourse, the most common phrase associated with this fallacy is “guilt by association” which describes the fallacious notion that any relationship between two people implies agreement of those people on all things.

Historically, this took the form of ferreting out a controversial donor or supporter of a rival candidate and trying to associate troubling issues related to that person to the candidate him or herself. The problem with this approach is that modern campaigns are big and unruly animals, which makes it unreasonable for a candidate to know everything about everyone who might donate to or support their campaign.

Like most things this century, the Association Fallacy has been scaled to mega-heights due to technology, specifically social media which allows anyone to Friend, Connect or LinkIn with almost anyone else without that anyone else’s knowledge or approval. In fact, success of a political candidate (like that of any celebrity) is now judged by the size of their Twitter following and similar social media audiences.

The ability to know (much less control) what millions of strangers are saying about you, never mind what the tens or hundreds of millions who link to those strangers are saying, is – for all intents and purposes – impossible. Yet how many political controversies now seething in the nation are built on evidence consisting of unruly Tweets by people no one has ever heard of (many of them anonymous or pseudonymous).

Keep in mind that there is a different fallacy one can commit while trying to avoid committing an Association Fallacy, one which I dub the Fallacy Fallacy. This one says that just because a fallacy (like the Association Fallacy) exists, then any attempt to link one person to another is inherently fallacious. But clearly, some controversial associations are genuine and need to be called out (or at least explored further). Sometimes Joe being an X and Larry being an X does imply commonality between Joe and Larry, and simply declaring any attempt to associate the two in any way to be unfair is often a way to keep skeletons hidden in a closet.

For critical thinkers, there are a number of ways to navigate these choppy waters.

For starters, one can examine the strength of the connection between those being associated. If a candidate stands on stage with someone who is later indicted or caught wearing a Nazi armband, for example, that’s a tighter connected than a similar misbehaving Twitter follower. That said, a candidate drawing a sizable social media following of individuals with troubling associations can be judged by how he or she deals with that situation (by, for example, unfollowing baddies or taking other simple steps to distance themselves from controversial followers).

One can also examine the categories that are being proposed as the basis for an association. If they are broad (like that Socialist example used earlier) then someone trying to associate the worst characteristics of the category with everyone in that category should be treated with suspicion.

Finally, if a potentially fallacious association is being attached to someone you don’t plan to vote for anyway, you can always take the Golden Rule approach and decide if you’d feel the same way if the exact same association was attached to the candidate you support. If not, then perhaps a boiling issue is not much of a controversy after all, but rather something others are feeding you in order to get you to do what they say.