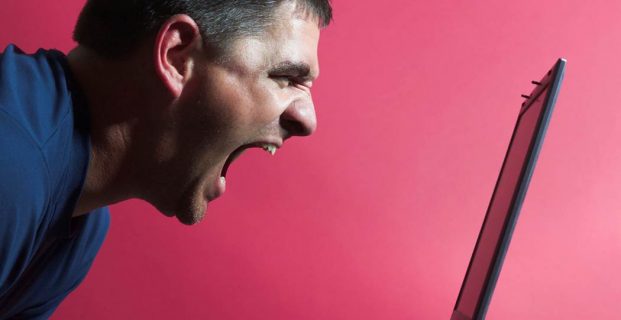 While I had anticipated that this year’s election would be divisive and ugly, I still assumed that the rhetoric in which a heated campaign would take place would fall into conventional categories described in those sections of Critical Voter that talked about the language of debate.

In previous elections, for example, coming out and calling your opponent a liar was considered bad form and made the accuser seem nasty (a label that stuck to Bob Dole after accusing George Bush Senior of “lying about my record” during the primary, which permanently labeled Dole as “mean”). This is why candidates have traditionally relied on surrogates to say the ugliest things about their rivals, or use innuendo (i.e., “I don’t care about my opponent’s criminal record, I want to talk about the issues!”) to get the job done.

Admittedly, the craft of political speechmaking and debate atrophied among the public once logic and rhetoric no longer constituted the educational “common core,” to the point where anyone exhibiting some flair in front of an audience — such as President Obama (whose does a decent job delivering classical rhetorical devices with the cadence of the church sermon) was celebrated in 2008 as the reincarnation of Cicero.

But given the lineup heading into the general election, I think it’s safe to say that we shouldn’t expect to be wowed by either candidate’s stunning oratory, nor will debates (if they occur) trigger memories of Lincoln v. Douglas.

Hillary Clinton, who just went over the top on delegates to secure the Democratic nomination (thus giving every newspaper in the land their once-every-four-years chance to overuse the word “clinch”) is a disciplined candidate who is not likely to veer significantly off script. And given that supporters have trouble getting ginned up by either her script or delivery, I expect that her best moments will come when she’s doing what she does best: attacking opponents.

Speaking of attack, Donald Trump’s style represents the importation of the “perpetual attack” rhetorical strategy we’ve never before seen in American politics. As mentioned previously, a candidate losing his or her cool and calling an opponent a liar has historically been so toxic that every candidate since Dole has avoided such direct accusations. Not so Trump who nicknames his opponents (“Lying Ted,” “Little Mario,” “Crooked Hillary”) and defends himself against accusers, not by replying to them but lashing out against critics using any ammunition at hand.

Given this particular pugilistic pairing, I expect the rhetorical strategy we’ll see the most of between now and November will be based on an informal fallacy called Argumentation from Outrage.

This technique started to gain momentum as partisan talk show hosts began to play a bigger role in politics and culture, and became a norm once the Internet started to reward emotional excess vs. logical rigor.

The way Argument from Outrage works is by dealing with any critique, challenge or question one cannot answer by flying into fury. This can involve screaming, shouting, waving your arms in the air or shoving your finger into an opponent’s face while your own face is twisted in demented rage. If such activity takes place in front of a friendly audience, an outraged arguer might recruit them to shout down their foe. If the audience is unfriendly, outrage can be turned on them for being unfair or trying to “censor” the angry speaker by disagreeing with him or her.

We saw a bit of this last election during the Vice Presidential debate when Joe Biden spent his speaking time in a perpetual snit, then continued to interrupt and roll his eyes when it was his opponent’s turn to talk, leaving his rude behavior the only thing anyone remembers about that best-forgotten moment in political history.

The goal of Argumentation from Outrage is to raise the temperature so high that reasonable debate can no longer occur (assuming it ever stared in the first place). Most of us, after all, find shouting and other manifestations of anger unsettling which is why even a couple loudly breaking up at a restaurant eight tables away from us makes us feel uncomfortable. This is the reason we tend to avoid conflict in our own personal and professional lives, especially conflict driven by bad emotions such as anger and resentment.

But as politics turns more and more into a spectator sport, watching other people behave like deranged cable news hosts provides the opportunity to let surrogates vent the anger and resentment we might have bottled up inside us, providing the opportunity to squeal with glee when “our guy/gal” lands a punch while burning with resentment against that candidate we can’t stand for “fighting dirty.”

I’m not sure what it means for our republic that a fallacy such as Argumentation from Outrage is on the verge of supplanting the whole package of logical and rhetorical techniques designed to construct a sound argument and then present it in a compelling manner. But I’m pretty sure it doesn’t mean nothing.