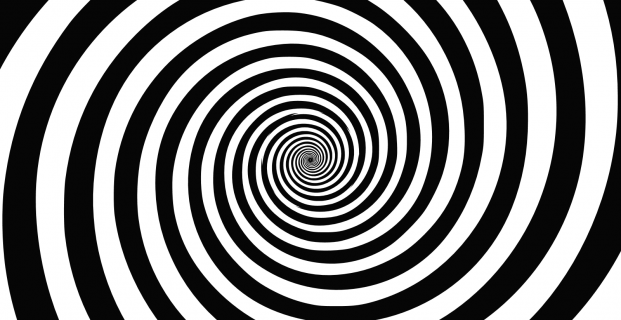 Four years ago, I did some handicapping of the first Presidential debate between Mitt Romney and Barak Obama based on each candidate’s rhetorical success or failure. As it turned out, that first debate demonstrated that Obama’s skill in inspiring large audiences did not translate to the ability to win a verbal joust with a single opponent, one who lacked the President’s ability to gin up the crowd but who nevertheless had other debating talents that made up for this shortcoming.

I tried something similar during the first direct matchup between Hillary Clinton and Donald Trump, which – for a variety of reasons – turned out to be nearly impossible.

On the surface, the inability to find any skilled rhetoric to analyze is the result of neither candidate having much skill to demonstrate.

Starting with Clinton, she has often been described as a lackluster speaker and who has trouble connecting with all but the friendliest audiences. While some of these criticisms, especially the least charitable among them, can be dismissed as calumnies from political rivals, last night’s debate seemed to provide non-partisan grounding for this critique (presuming you’re willing to accept someone writing on a topic this obscure as not harboring a partisan agenda).

Let’s start by pointing out that Clinton at least made an attempt to use rhetorical devices that have proven effective at moving an audience, controlling debate, or smearing a rival while keeping one’s own hands clean. For example, when she congratulated Donald Trump for having turned the money he got from his father into a fortune (which translates to the audience as: “this greedy pig didn’t even make the money he spends so much time boasting about, he inherited it from Daddy”) she was using innuendo, a time-tested device for slipping accusations and insults into the conversation disguised as compliments.

The problem is, her description of that transfer of funds went into too much detail (specifying a sum – $14 million, and pointing out that the money was a loan, not a gift or inheritance), giving Trump the opening for an obvious retort that he paid his dad back and turned that initial investment into billions.

She was similarly clumsy in her attempted use of chiasmus, the most powerful linguistic device of them all, which switches word order for effect (as in John F. Kennedy’s canonical use of this device: “Ask not what your country can do for you, ask what you can do for your country.”).

In fairness, most people screw this one up, coming off more like Yoda than JFK. Clinton’s sort-of chiasmus (“Everyone should be respected by the law, and everyone should respect the law.” – a response to questions regarding law-and-order issues) was not so much deranged as faulty, given that reversing the two phrases in that sentence packs much more of a rhetorical punch (say both versions out loud to see what I mean).

This critique of Clinton is somewhat academic, however, given that her opponent didn’t so much break the rules of public political communication, so much as he ignored them altogether. This has always been the case with Trump, and one of the reasons he is often criticized for his misuse of language is that he refuses to conform to the expectation of an audience regarding what political speech is supposed to sound like. Rather, he mixes the bluster associated with a certain class of business tycoon with a combative (some would say bullying) verbal style perfected in both business and on TV.

This unpolished style has defenders, and not just partisans who are willing to live with their candidate’s shortcomings so long as he can defeat the hated opponent (ideally putting her behind bars shortly after Election Day). Scott Adams of Dilbert fame, for example, has made the case that Trump is the greatest political orator of his generation, albeit one who uses persuasive techniques associated with hypnosis to bypass people’s reason to appeal directly to their emotional centers where real human decision-making takes place.

Looked at from this light, Trump got the job done by incessantly repeating a few key themes (the Chinese/Mexicans/Japanese are killing us); images (Ohio, Michigan and other swing states are devastated due to job loss) and phrases (“Law and Order,” “stamina”). So if Adams is right, then it doesn’t matter what the pundits or polls are saying regarding who won the debate since Trump’s hypnotic words are secretly working on an unknown majority at the subconscious level.

Perhaps, but as a non-partisan observer fully aware of the role emotion plays in persuasion, I still have to say Trump came off last night as a thin-skinned nut who eagerly fell into every rhetorical trap his moderately skilled rival set for him.

I guess we’ll find out on Election Day if Adams has Trump’s (and the country’s) psychological number. But forgive me for holding onto the possibility that Aristotle – who saw emotion (or pathos) as just one factor of persuasion, which must share the stage with its two less rambunctious cousins logic (logos) and connection to the audience (ethos) – had better perspective on the matter, 2500 years between him and us notwithstanding.