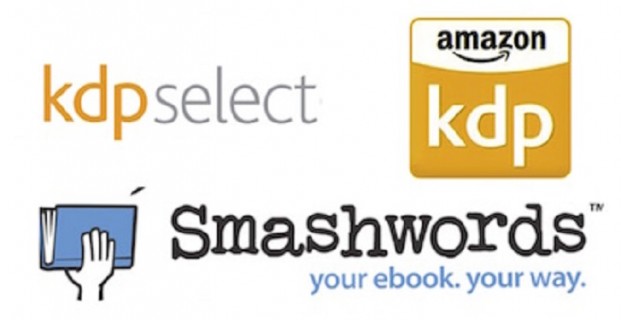 Since this weekly series focuses on both the spirit and business of self-publishing, I’d like to look at decisions self-publishers will have to make via the numbers.

For starters, e-book sales make up about 30% of the total book sales in the US. In theory, this means you should go for print (either exclusively or in conjunction with an e-book release) in order to have an option for the majority of book buyers. But keep in mind that (1) creating print books can be expensive (even with the short-run options I described previously); and (2) those percentages are based on all book sales – including books from commercial publishers with big marketing budgets and access to bookstore shelves as well as ones put out by we self-publishing paupers.

E-books sales are similarly dominated by traditional publishers, but – as noted previously – the cost of duplication and distribution of an e-book is zero. So even if an e-book version of your masterpiece is only going to be available to 30% of the book-buying market, getting that book into their hands requires a much smaller investment than does print.

The frictionless economics of digital products also means distributors are far more generous regarding revenue share on e-books than they are with print. For example, if I sell a print copy of Critical Voter through Amazon for the list price of $9.99, my royalty on that sale is about $2. The eight buck differential that Amazon keeps includes the cost of on-demand production via CreateSpace, shipping via Amazon, as well as profit for each organization.

In contrast, selling an e-book version of that same title, which is priced at just $4.99 (or half the price of the print book) nets this author about $3.50, reflecting a 70% e-book royalty vs. the 20% of net associated with print.

With these kinds of margins, multiple players have gotten into the e-book space, in contrast to on-demand production and distribution of print which is still pretty much sole Amazon territory. Yet even if we’re just talking e-books, Amazon still dominates – with somewhere between 65 and 75 percent of e-book sales being for the Kindle.

Of Amazon’s major competitors, it’s really just Apple (with iBooks) and Barnes and Noble (with Nook) that between them split the bulk of the remaining quarter to a third of non-Kindle e-book sales.

For self-publishers, getting onto any of these platforms is pretty much just a question of who you’re sharing revenue with, as Amazon, Apple and B&N all offer roughly the same royalty percentage and ability to price books as the publisher pleases.

Now there is work involved with getting your book onto each of these platforms and keeping track of activity once you’re in one or multiple channels. But if you want to save yourself that time and effort (and go beyond the Big Three to distribute through smaller players as well), you can turn to a company such as Smashwords that will get the EPUB version of your title into all the major and minor channels for just a small additional slice of the pie.

In theory, there’s no reason to not distribute through everyone at once in order to reach 100% of the e-book buying public. But as the market leader, Amazon is playing its dominant position to its advantage, notably through their KDP Select program.

One does not need to sign up for Select in order to get your e-books distributed via Amazon and Select requires authors give Amazon an exclusive on all digital sales (including sales via the author’s own web site). So why would anyone choose to do that?

Well, in exchange for that exclusive (which is renewed every 90 days, unless you cancel it), Amazon lets you participate in promotions such as offering the book available for free for up to five days (a promotion Critical Voter will be taking advantage of from April 4-8). Moving lots of free books can help you move up the Amazon search rankings which, like Google rankings, are a major currency in today’s online sales world. And participants in KDP Select also partake in the pot of money Amazon makes available monthly which is filled by those who sign up for the company’s Kindle Unlimited monthly flat-fee reader program.

So which e-book distribution option is right for you? We’ll talk about that next time.