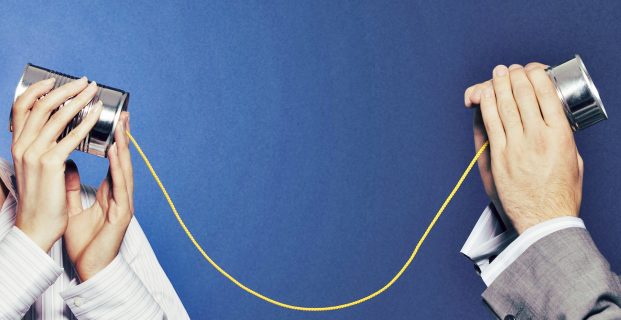 With the vote just around the corner, I suppose we should be focusing on the momentous decisions before us.  Although, perhaps, it is time to reflect on things closer to home.

For instance, here’s a little something written for the blog associated with my favorite philosophy podcast which opens up the question of why our national discourse bears so little resemblance to what occurs when we simply talk to one another, a theme I’d like to revisit between now and Election Day:

Young Boy: Dad, why is there racism?

Dad (overcoming initial anxiety): Well, son [followed by a thoughtful, if somewhat pat, answer to the question—one that is sensitive to the child’s age].

Boy: Thanks, Dad! Hey, can we go to McDonald’s?

Dad: McDonald’s is bad for you. Let’s eat somewhere that won’t make you sick.

Boy: But the Andersons go to McDonald’s all the time. Does that mean they’re bad parents?

Dad (after a moment’s pause): Let’s get back to racism…

I tell that joke to new dads and moms in order to highlight how those parenting moments you think will be the most difficult turn out to be surprisingly easy, in contrast with genuinely tough challenges that tend to come out of left field.

That situation arose during a recent long drive to summer camp with my teenage son who decided to use the trip to drop one of those loaded questions, specifically, “What do you think of affirmative action?”

A few years ago, my instinct would have been to provide him an answer carefully designed to channel his thinking and mine into the acceptable norms of the communities in which we are likely to interact. But having just spent two-and-a-half hours listening to the Partially Examined Life boys dissect Plato’s Sophist, it seemed like the conversation we should have would be dialogic.

So, mustering my best Socrates impression, I summoned up the profound rejoinder: “What do you think about it?”

Unsurprising for someone entering his last year of high school, his response was centered on issues of fairness. Not fairness toward non-minorities who might lose their college slots to Affirmative Action selections, but to minority kids who might get into college despite being unprepared and might thus be getting set up for failure. He also had some still-in-formation arguments regarding the fairness of laws that benefit some and hurt others for misdeeds of uninvolved people who lived long ago.

Rather than answer either of his arguments, I instead dragged some background knowledge into the discussion; specifically the reasoning behind the Supreme Court’s Bakke Decision, which said Affirmative Action programs designed to redress previous wrongs were unconstitutional, but that programs designed to increase the diversity of a campus community were all right.

The triggered a fruitful digression regarding whether the law represents (1) the striving for the form of justice (Plato), (2) whatever judges say it is (Oliver Wendell Holmes), or (3) the philosophical consensus of a society rendered into enforceable (legal) language.

Getting back on track, grounding affirmative action in diversity gave my son—currently in the midst of college search and selection—something familiar to grasp on to. For in campus tour after campus tour it’s been made clear that colleges first screen out those who are truly unready to do college-level work from their applicant pool. But once that’s done, considerations beyond academic merit come into play.

This left him seeing as purely natural the possibility that a school might choose a trombone player over an equally academically gifted clarinet player simply because their orchestra’s entire trombone section had just graduated. In other words, there were a number of factors—not just race—that go into creating a diverse college class.

With real-world college admissions practices as backdrop, we were in a position to address the concern that affirmative action might admit students unprepared to succeed in college. For colleges do indeed let some people in with lower grades and scores than those they reject. But if they are going to go down this route for students based on any criteria, they need to (1) set the low end of their academic achievement threshold high enough to include people who have a chance of college success; and (2) provide educational support to anyone who might need the extra help.

The conversation ended at consensus that affirmative action was an imperfect solution to a genuine problem, which led to another digression about how many of the problems we are struggling to solve today are the very solutions used to solve previous problems (a dialect familiar to those interested or involved with political reform).

Summing up, within a conversation that went on for less than an hour the two of us managed to reach a point that was different (and more interesting) than the under-reflected-upon ideas my son started with and my own thinking on the subject that hadn’t been examined in decades. We also managed to practice a number of critical-thinking moves, such as use of background knowledge (the Bakke case, understanding of the real-world college admissions process) to inform our debate. And digressions into the nature of law and the dialectic of political reform meant this conversation was about much more than the originating topic.

Certain factors contributed to this dialog being so productive. Not only did it take place between just two people, but as family members we had built-in love and respect for one another (even during the teen years). And I will admit that having a parent as an interlocutor meant someone had the authority to keep the conversation within acceptable bounds.

But an interesting question I’ve been pondering since our father-son dialog has to do with why increasing the number of participants just slightly (never mind expanding debate on hot-button topics like affirmative action nationally) turns conversation from fruitful to frightful. In other words, what is it about “The Crowd” that robs us of the ability to think critically, debate respectfully, and examine the most important issues of the day philosophically?