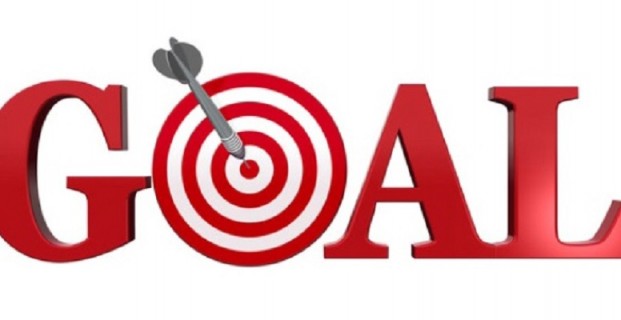 Part 2 in a series on self publishing.

Success stories involving self-publishers hitting pay dirt with a best seller might leave the impression that wealth and fame are the primary goals pushing thousands of people into self-publishing. But that would be deceptive since many people are taking advantage of opportunities made available by new publishing platforms for non-financial reasons, and even those looking to build some sort of business around self-published works define “wealth” and “fame” differently.

With modern self-publishing knocking down so many barriers to entry, I suspect that some people rush books into production and distribution just because they can, i.e., they enter the publishing maelstrom without a specific goal in mind. So to kick off a list of what might separate serious from not-so-serious self-publishers, I would say that the serious sort have a clear goal in mind before they start down the route of producing a book.

As just stated, that goal need not be monetary. For instance, thousands of “short-run” titles fall into the category of what were once called “vanity” projects, such as personal autobiography, family memoir or community history.  With such projects, the goal for creating a book is very clear: getting a work that would never get picked up by a commercial publisher into print for a limited known audience, such as family or community members.

At another end of the spectrum, some people enter self-publishing with purely financial goals. In some cases, the pathway to achieving financial success is just a hope and prayer that your self-published book becomes one of those magical best-sellers.  But a more systematic approach to achieving a purely money-related goal requires you to think of your book(s) as products and treating readers as customers.

For example, during my original self-publishing foray in the 1980s, we didn’t consider our WordPerfect and Lotus 1-2-3 quick references as masterpieces that might be awarded the Pulitzer but rather saw them as units that needed to be “moved” (i.e., put into the hands of paying clients). Within today’s e-book multiverse, you see similar business strategies built around creating multiple titles that zero in on specific niches that can be sold to a “tribe” of followers.

I’ll admit to feeling uncomfortable after reading a number of self-publishing advice columns that urge you to find an empty niche and then write a book to fill it (regardless of your expertise in the subject). But let’s not lose site of the fact that those who participate in such mercenary publishing endeavors at least have a goal they are working towards, and some sort of strategy for how to get there.

But if your goal is to establish authority as an expert in a field, then writing a quality book containing insights derived from your unique experiences is superior to writing lots of books you hope people are interested in buying.

Traditional publishing still provides an edge with regard to establishing authority. For example, the fact that my 2014 book on MOOCs was published by MIT Press gave the book (and its author) credibility that would have been much harder to achieve had that same title been self-published.  Many authors turn to self-publishing after they have established their authority through other means, such as a track record publishing or even blogging on a subject.  And once authority has been established, it is easier to achieve other goals, such as fame or fortune, by producing and selling self-published titles.

So far, we have talked about satisfaction, money, fame and authority as goal categories every serious self-publisher should consider before they sit down to produce their masterpiece. But keep in mind that these goals are not mutually exclusive.

For example, the primary goal for my recent self-published work is to advance the teaching of critical thinking skills to the young, as well as contribute to a wider discussion of the value of critical thinking generally. This can only happen if lots of people read the book, which would make free a reasonable price point to achieve that goal.  But books with a price tend to be more respected than ones given away, which is why the initial price was set where it was ($4.99 for an ebook, $9.99 for paperback).  This price point might also help me achieve my (secondary) financial goal: breaking even on the project.  That combination of goals also pointed to wanting to keep open options to give the book away for free in the future.

Once you have goals in place, many of the choices (like the ones noted in the last paragraph) tend to fall into place. And with first step covered, I’d like to talk next time about an obvious but frequently overlooked element of serious self-publishing: creating a quality product.