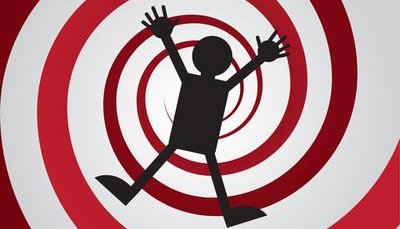 My little campaign to make critical thinking education a component of this year’s election conversation might seem quixotic, if not completely unnecessary.

In fact, we don’t even need to focus on Presidential politics to see high-stakes argumentation we can all plunge into. A brief dip into the news flow this morning, for instance, alerted me to a heated controversy over which public restrooms are appropriate for the transgendered, which seems to have triggered meaty debate over how to balance civil rights with religious freedoms.

For instance, before any of the Presidential debates you may have watched this year began, all of the candidates (even the less-scripted, shoot-from-the-hip ones) consulted with countless experts: pollsters, psychologists, writers, media advisors, statistician and electoral tacticians to determine which combination of words and gestures directed at which constituencies were likely to help the candidate achieve their genuine goal (which, for Republicans, means getting to 1,237 supportive delegates, for the Democrats 2,382).

Certainly questions come up during debates (as well as interviews) that ask the candidates to address the important issues this election is supposed to be about. But those aforementioned experts have also taught their clients rhetorical techniques needed to appear to be answering someone’s query while actually using their interrogator’s questioning as an excuse to slip in a set of words crafted days or weeks in advance.

Similarly, I suspect that a solution to a transgender restroom problem I never knew existed can be solved without having to organize into armed camps squatting beneath banners of Martin Luther King and Jesus Christ. But, once again, the arguments we are having over LBGQ civil rights and religious freedom is not really about trying to find an accommodation between these two potentially competing goods. Rather, it is an attempt to force people who care about such matters to pick sides behind leaders ready to cast their opponents as either Bull Connor using bullwhips against civil rights marchers or Nero throwing Christians to the lions.

While the winners in this manipulation sweepstakes tend to be those who want us to do what they say or buy what they sell, “we the people” are far from innocent when it comes to mistaking faux argumentation designed to limit thinking with the genuine article that requires us to challenge ourselves to think more deeply about things that might make us feel uncomfortable.

After all, those pollsters and consultants and psychologists would not be in business if the tools and services they sell didn’t work. And they can only work if these specialists not only think they have our number, but actually have it.

That said, one positive result of the chaos that has enveloped this year’s race is that it demonstrates the public is not as predictable and controllable as everyone assumed – including those who spent tens or hundreds of millions of dollars trying to predict and control us.

Theoretically, this year’s nuttiness might just demonstrate that the only thing which can counter professional manipulation techniques are less professional ones, like good old-fashioned demagoguery. But I see a ray of optimism in the fact that most of us have the capability to spot the kind of manipulative behaviors I’ve been talking about – at least when we see them in people we never could stand in the first place.

The trick will be to learn the tools and techniques needed to spot faux thinking masquerading as the real thing in both our opponents and those we are inclined to agree with, especially ourselves.