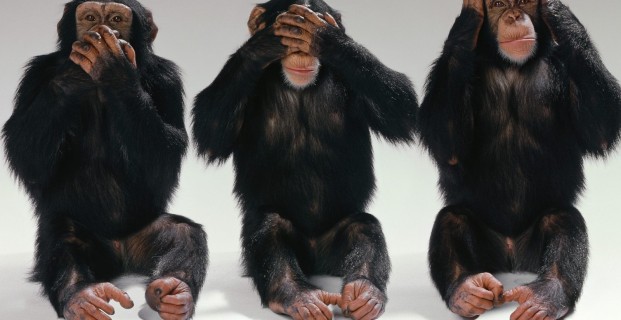 This commentary from the last Presidential race still seems relevant in an era when dialog seems to be stuck at wondering why people we never met can be so dumb.

There’s been a bit of hubbub about this piece that tries to make a distinction between different types of ignoramuses that make up the American voting public.

While I find the distinction between belief-ignorance (in which someone — after reviewing facts and data — ends up believing something that is not true) and believer-ignorance (which assumes a false belief despite being aware of accurate information to the contrary) philosophically interesting, the authors might have gotten further had they thought more about the measures they use to separate the ignorant from the non-ignorant.

The starting point for the author’s discussion is the apparent lack of knowledge most Americans have about their own governing structures, which implies a populace that cannot act as informed citizens able to cast votes responsibly. Surveys apparently support these assertions, which are also reinforced by the routine condemnation of the populace by whichever party lost the most recent election.

I would tend to challenge this starting point on several counts. First, the notion that Americans are ignorant (regardless of the type of ignorance they allegedly manifest) is based on survey data that confirms a lack of understanding of our civic institutions. This phenomena is summed up by the accusation that most of us would fail the naturalization exam (a test given to immigrants applying for citizenship), implying that the average American knows less about how their country works than does a foreigner trying to come here.

But this brings up the question of who gets to decide which civic knowledge provides sufficient understanding to qualify as an informed citizen (i.e., which questions get to be on the exam?).  And if the naturalization exam is to be the yardstick for measuring civic competence, might a group of randomly chosen Americans score as well or better on this exam if they were given the same amount of time to prepare as does the average person applying for naturalization?

After all, if eighth graders, on average, demonstrate more understanding of America’s governing institutions than 40-50 year olds, is this because we have become more stupid as we age? Or have more years passed since we last studied civics (during which time our minds might not have emptied, but have been busy learning how to perform brain surgery or understand quantum mechanics)?

As for accusations of stupidity directed at the public by those the public did not vote for, I would guess this involves a biased set of evaluators using selective data (i.e., their own electoral failure) to help them find ways to look outward, rather than inward, when trying to explain their most recent political catastrophe.

After all, it was not that long ago that the question of “How Can They Be So Dumb?” was directed at Americans for voting differently than they did during the last election. So either every decision the electorate has ever made was equally stupid (which would certainly reflect poorly on both current and past office holders), or the knowledge people bring to voting has to do with more than the questions they might find on a civics exam (not to mention the questions asked during a TV comic’s man-on-the-street, “Aren’t-Americans-Chowderheads” routine).

For instance, Americans may vote on “pocketbook issues” based on either liberal or conservative economic philosophies. And even if they are not well read on the works of Adam Smith or John Stuart Mill, chances are many of these voters have more direct experience working in economic enterprises and making real-life economic decisions than tenured professors who have written books on these and other philosophers.

Similarly, political ideologies (such as Internationalism or anti-Communism) provide reasonable frameworks that can be used to make political judgments regarding international affairs.  Again, many people may cast votes based on blind adherence to such ideologies (or other ideologies wrapped up in party affiliation), but such blinkered behavior hardly correlates with intelligence.

In fact, voting ideologically and — most importantly — rejecting information that does not reflect ideological preference, seems to transcend levels of intellect, which is why we see just as much (if not more) biased behavior in the halls of academia as we do in the bowling alley.  For confirmation bias (not to mention other cognitive biases) are a feature of our species, not a reflection of brainpower. And we humans (of any intelligence level) can (and do) tend to use whatever brainpower we have to erect walls around our unshakable beliefs, rather than put those beliefs to the test.

In other words, perhaps we do not face a crisis of ignorance in this country but a crisis of bias, bias which can make the Ph.D just as impervious to new information as the fry chef. So rather than decry or mock the foolishness of an American on a street corner who cannot name a single Supreme Court Justice, perhaps we should reflect on the ignorance both the Ph.D and chef may be inflicting on themselves due to their (i.e., our) refusal to think about things we all would rather not think about.