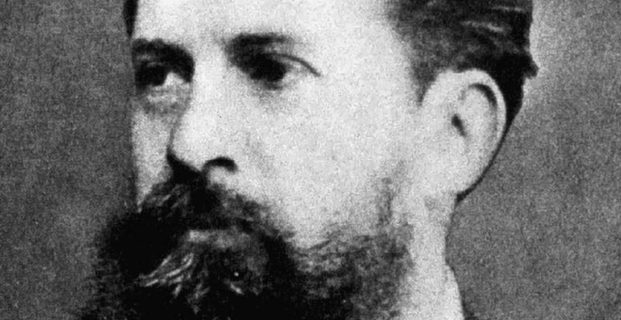 While blogging recently at my favorite philosophy web site, I mentioned one theory of how thinking (critically or not) evolved out of a nagging desire inherent in the human species to eliminate (or at least minimize) doubt.

In an age that welcomes certainty, doubt is often associated with weakness, or at least the unwillingness to commit to a belief out of fear or uncertainty. But since doubt can be eradicated through poor reasoning, such as giving in to the mob or succumbing to some other form of confirmation bias, might certainty that has you believe in something for the sake of believing it (even if it’s not true), represent a much more troubling form of weakness?

Having done some form of critical-thinking exercise during the last two election cycles, I’ve seen certainty harden right around the time the party conventions take place, at which point everyone organizes themselves into one of two armed camps to celebrate their chosen champion and (more frequently) condemn everything the opposing camp says and does as a dishonest, cynical outrage.

But before the parties coalesce around a particular candidate, and even for the short time between that choice is known and the conventions takes place, doubt still nags at a number of primary voters.

In 2008, for instance, those who championed Hillary Clinton were deeply disappointed that their candidate failed to grab the nomination and spent a few weeks unsure they liked (or even wanted to support) her rival Barack Obama. Once an enemy (the Republican nominee) became concrete, however, all doubt dissipated as partisans readied for war. But for a brief moment, doubt left many a partisan open-minded, at least enough to think about both positives and negatives associated with their preferred candidate.

I suspect we’ll see something similar take place among Bernie Sanders voters this year who will end up flocking to the Hillary camp (at first grudgingly, but more and more enthusiastically as the race heats up), even if their nagging doubt about the Democratic standard bearer leaves them more cynical about Candidate (potentially President) Clinton and ready to revolt sometime in the future.

The fact that such a revolt has already broken out within the Republican Party has created a dynamic where doubt is already causing party members to not just question the party’s nominee, but the entire philosophy undergirding the institution’s conservative identity.

This year’s race, after all, was meant to be predictable. Having enjoyed several cycles of political success at the local and state level, the party would nominate one of the able Representatives, Senators or Governors who had thrown their hats into the ring (or maybe a black surgeon or female corporate exec) who would lead a Republican takeover of all three branches of government – a cakewalk, given the perceived weakness of the likely Democratic nominee, Hillary Clinton.

But a funny thing happened on the way to this inevitable future, a revolt which left party leaders looking at potential defeat up and down the ticket due to the grassroots embrace of an insurgent who represented none of the values they perceived they shared not just with party members, but with a majority of the public.

This rethink of first principles is on display at Commentary Magazine, a flagship for iconoclastic conservative thought, where a collection of editors and writers have been pondering a new book called The Fractured Republic by Yuval Levin, editor of National Affairs (another conservative-minded journal).

I’m still reading the book and will likely have more to say about it later in the summer, but one of its premises is that both political persuasions, Left and Right, are trapped in nostalgia, each longing for a different era (the ‘60s for liberals, the ‘80s for conservatives) that are themselves nostalgic throwbacks to the era after WWII when the nation seemed to be able to have its cake and eat it too.

His arguments are more profound than just that one sentiment, but he is issuing a wake-up call to his own political tribe to perform some radical self-reflection during an election cycle. Had this election been “normal,” his book would have likely ended up a remaindered curiosity. But the doubt raised within conservative circles seems to have made people susceptible to his recommendation that they think critically about beliefs they continue to cherish.

In a 2012 interview, Kevin deLaplante from Critical Thinker Academy mentioned that while it’s fun to win an argument with someone who disagrees with you, actually changing someone’s mind usually involves providing them sensitive guidance when they are vulnerable and thus ready to critically analyze a closely held conviction in light of new information or a situation that challenges their belief system.

Given that it’s just a matter of time before all of us encounter reality that no longer jibes with what we want to believe, perhaps we can start thinking now about how to productively navigate our own doubts, before someone shows up with simple solutions offering to dispel them for us if we only do what they say.