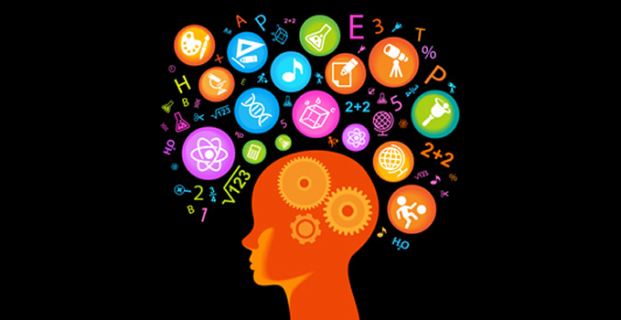 In my day job as an educational researcher, I encounter a great many educational standards and other works trying to help ascertain the knowledge, skills and abilities students need to learn to succeed in the 21st Century.

The Partnership for 21st Century Skills, for example, coalesces around four key areas; Communication, Collaboration, Creativity and Critical Thinking. Then you’ve got the “Deeper Learning“ standards which includes Critical Thinking and Problem Solving, Collaboration, and Effective Communication (along with Mastery of Core Academic Content, Self-Directed Learning and an “Academic Mindset”). Meanwhile, Harvard Education icon Tony Wagner urges us to focus on Critical Thinking and Problem Solving, Collaboration Across Networks and Effective Oral and Written Communication (alongside Agility and Adaptability, Initiative and Entrepreneurship, Accessing and Analyzing Information and Curiosity and Imagination).

If you’re seeing a pattern forming, it seems that everyone is in agreement that critical thinking should be at the center of any modern educational project. Information, after all, is now ubiquitous which means all the facts and knowledge we have traditionally used schooling to impart to students are now just a Google quest away. Given this, we need to equip today’s students not to memorize information but to locate it, evaluate it for quality, analyze it and put it to use.

This centrality of critical thinking is reflected in our educational rhetoric with Presidents, Governors, Secretaries of Education and nearly every educational policy maker and philanthropist stressing the importance of raising a generation of critical thinkers — a priority reflected in the Common Core Standards that have been adopted (more or less) by 46 of the 50 states.

As worthy as these aspirational goals might be, they do raise a number of important questions, such as what we mean when we use the phrase “critical thinking”?

During a brief stint in educational publishing, I discovered that every textbook had a few pages at the end of each chapter labeled “Critical Thinking Exercises.” But upon close inspection, those exercises seemed to all be writing and research assignments, or some other activity that (unlike a multiple-choice question) did not have a right and wrong answer.

The aforementioned standards go much deeper than these transparent attempts to use “Critical Thinking” as a slogan or label to be ticked off on a textbook-adoption checklist. But even with many of these thoughtful standards, the notion of “critical thinking” seems to be conflated with real-world problem solving which hides an assumption that solving authentic, real-world challenges allows students to master some sort of the critical thinking toolset.

But what is that toolset? Do students, for example, need to be taught the principles of inductive and deductive logic in order to become critical thinkers? And if they are supposed to be able to detect crap when evaluating the information they find online, do they need to know the rhetorical techniques people use to distort reality or avoid responsibility? Speaking of rhetoric, given that Communication comes in a close second to Critical Thinking in nearly every proposed standard, might it be worth teaching students how far they can get with a decent anaphora (Google it) or other rhetorical device?

I suspect that the reason formal logic and rhetoric aren’t highlighted when critical thinking is brought up as our most vital 21st Century Skill is that these two subjects formed the basis of formal education from the ancient Greeks until the Enlightenment, after which they got crowded out by all the new areas of knowledge mankind was generating. And what could a 21st century skill possibly have to do with ones first codified by marbly old men in the 5th century BCE?

This is not to say that the teaching of critical thinking should consist solely of subjects drawn from the distant past. The ever-growing Library of Alexandria known as the Internet is certainly a game changer. Which means the Information Literacy skills codified by the librarian field years ago are more important than ever in helping students locate, evaluate, organize, synthesize and communicate information.

As this year’s election is demonstrating, confirmation bias (a flaw in our human mental makeup fleshed out by cognitive scientists) can cause even the most able and informed person to blind themselves to facts that don’t fit their belief system. Which means modern brain science has a lot to say (albeit not everything) about what it means to be a critical thinker.

If we are able to move from “what’s new?” to “what works?” it seems that a fusion of ancient and modern — Aristotle meets Kahneman meets the Internet – might give us the best checklist for determining what students need to learn in order to become truly critical thinkers. And putting those tools to use — immediately and frequently — stands the best chance for turning some interesting techniques for organizing one’s thinking into a life-changing skill.