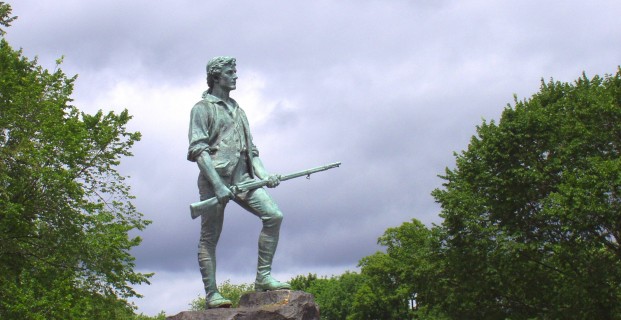 Taking a break from the usual Thursday series on self-publishing for a quick announcement that on from April 4th through the 8th, the Kindle version of Critical Voter will be available for free from Amazon as part of a promotion available via their KDP Direct service that I’ll be writing about next Thursday.

Also, by way of reintroducing why election time can and should be used to master those critical thinking skills that seem to be in short supply this election season, I wanted to reproduce a piece just published in my local paper, The Lexington Minuteman, on that very subject:

Wise Up this Election Season

Those despairing the seeming lack of reason animating this year’s campaign season might take consolation in the fact that a presidential election (even one as nutty as this one) is the perfect opportunity to learn and practice the skills required to become a critical thinker.

For example, argumentation is the mechanism we humans use to reason through choices and convince others. And arguments are never closer to the surface than they are during a presidential campaign. Every stump speech, every debate point, every editorial, bumper sticker and discussion we have with neighbors or family members can be packed with arguments ready to be dissected and analyzed for quality.

Such analysis requires you to translate everyday language into a structured format that can be checked for qualities such as validity (do the premises lead to the conclusion?) and soundness (are the premises true, or at least acceptable by a reasonable person?), as well as judged based on the strength of the arguer’s use of inductive or deductive reasoning.

If you’re unfamiliar with those terms, fear not! For they take less than an hour to understand, even if internalizing them requires dedicating much more time to putting them into practice – something you can do using examples the campaigns are paying millions of dollars to provide you for free.

Ah, but what if the candidates are trying to trick us by using language carefully crafted to obscure their true position and beliefs? If you believe that to be the case, you can either curse them for using tools of persuasive communication (historically known as rhetoric) of which you are ignorant, or learn to use those tools yourself to (1) better understand what politicians and advertisers are doing when they try to bamboozle you; or better yet (2) turn your own sound and valid arguments into crowd-pleasing triumphs. Once you do, you’ll discover that there is nothing “mere” about rhetoric.

The type of logic and rhetoric in play in political debate can be traced back to ancient Greece and Rome, but that doesn’t mean modernity has nothing to teach us about becoming critical thinkers. For example, Media Literacy, a vital modern critical thinking skill, can help you determine whether that unflattering photo was paired with a news story in order to provide information or set a mood (possibly to manipulate you). And Information Literacy, which teaches how to navigate the Niagara of data sources flowing into our homes via the Internet, can help us locate the best sources of information, analyze them for quality, and put them to useful work.

Speaking of modernity, modern cognitive science, which tries to determine how the brain works, provides vital insights into our thinking processes, especially as they relate to bias.

Generally, we reserve that term for those media sources and individuals too blind to believe as we do. But biases, particularly cognitive biases, are part of the makeup of every member of our species. We all have the tendency to accept information that fits our existing beliefs and question or dismiss evidence that does not (a process known as confirmation bias). Which is why identifying and controlling for our own biases (rather than just seeing and condemning them in others) is one of the most challenging but rewarding aspects of becoming a critical thinker.

Choosing a President is a decision Americans make just once every four years. But the critical thinking skills we can spend this election year learning (and teaching our kids) can improve the decisions we make every day at school, at work, and throughout life.