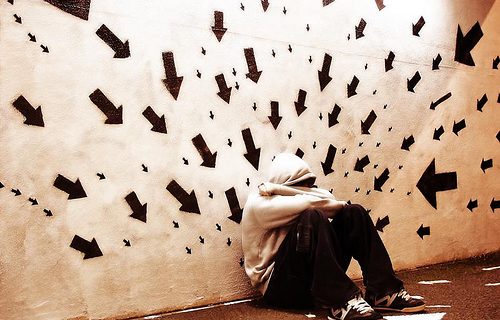 Last time, we began to focus our critical-thinking facilities on the election itself to try to answer the question of why this year’s vote is turning out so different than what anyone expected.

The critical-thinking tool we’re putting to use is hypothesis testing which involves coming up with a possible explanation for a phenomenon (our hypothesis – in this case one which explains the strangeness of the current election) and then putting that hypothesis to the test.

As in science, it is more important to create tests designed to confound our explanation, rather than confirm it. For only by surviving tests created to show our idea is wrong can we build up evidence that it might be right.

The first explanation we put to the test was a partisan one which isolated the seeming breakdown in the American political universe to the Republican Party. Such a hypothesis has appeal (especially to Democrats) since it implies that this year’s weirdness is isolated, and possibly time bound. Yes, this explanation says, something strange is going on. But this is only because the Republican Party was a volatile coalition or uniquely susceptible to demagoguery. And if the party loses with Trump at its head, things will then return to “normal” next election season.

While this hypothesis has obvious appeal to partisans, it turned out to be weak when we took a look at larger volatility across the political spectrum which indicated that something more was in play than the collapse of a single party.

A different explanation, one that has been embraced by much of the media, sees the rise of protest candidates like Trump and Sanders as representing anguished reaction by an American population that is anxious about the current state of affairs. This Anxiety Thesis posits that discomfort and disappointment within the American population as a whole is driving a wide range of decisions, including those that can be interpreted as a revolt against political party elites.

This thesis seems to fit the fact that political anger and protest is not isolated to the Republican Party alone. And it is supported by data, notably survey data that indicates Americans are concerned about issues like economic stagnation and have an increasing sense of insecurity in a competitive (and troubled) world.

The best way to test this hypothesis would be to focus on what we mean by “anxiety.” Certainly, a desperate population has fueled political revolt, even revolution in the past. So concerns over stagnant wages, the high cost of college (and associated debt) and general fear that our children will grow up worse off than their parents might explain today’s political turbulence.

If that were the case, however, we should expect to see a correlation between economic condition and political volatility with the poorer and more desperate leading the charge against the status quo. But if you look at the revolt stirring on the Democratic side of the aisle, the most fervent supporters of Bernie Sanders seem to be coming from the ranks of the better off. And among Trump supporters, the billionaire candidate does not seem to be drawing from the poorest in society who remain politically marginal.

If your children are starving, this can indeed drive you to desperate acts, including throwing your allegiance behind a demagogue. But if the problem your children face is obesity, then abstract notions such as “my kids might grow up poorer than me” don’t seem to pack the kind of punch needed to drive radical political action.

The Anxiety Thesis does move us further towards a potential answer to our question (why is this year’s election so fakakta?) in that it looks to general issues affecting the population as a whole, rather than isolating everything to one party. But economic/materialist theories have historically promised more explanatory power than they delivered (see Marx, Karl and Smith, Adam).

There is indeed anxiety within the population, and other fiery emotions as well. So rather than reject the Anxiety Thesis entirely, next time we will build on it to see if something else might explain the strange world in which we are currently living.