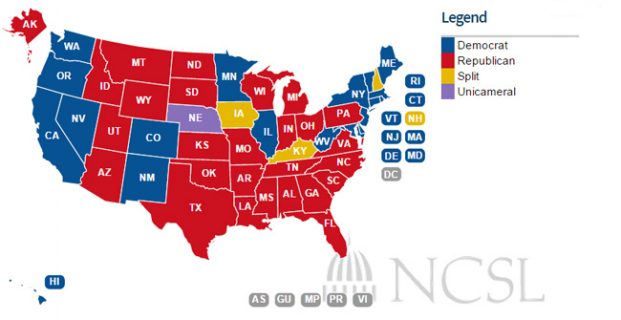 Having covered three Presidential elections with the goal of seeing how they can be used to teach and learn critical-thinking skills, I’m frequently asked the question of whether the latest election results mean we have lost the ability to think at all.

This election, with its unexpected and extraordinary results, ratcheted up the intensity of that query, but the substance remains the same: Are Americans making a profound decision of whom to place in charge of the nation based on something other than reason?

In less turbulent times, this question focused on whether partisanship was overwhelming our ability to think as individuals, causing us to (among other things) vote against our own economic self-interest. For example, during earlier elections I’ve seen “What’s-the-matter-with-Kansas’-style questions raised that ask why working class voters tend to support a Republican Party associated with laissez faire capitalism vs. a Democratic party offering more programs akin to social democracy. The recent election of a landlord (the ultimate capitalist villain) only puts the seeming irony of working class support for Republicans into starker relief than usual.

A simple logical map for this argument would look something like:

Following the advice given in Critical Voter, I purposefully translated a real-world argument into a valid formal format in order to expose what often turns up through such an exercise: problematical premises. In this case, the first premise (“Working class people struggle economically), while true, pre-supposes that personal economic well-being is what’s most important to members of this group. This ignores many other factors that make up someone’s belief system, including sincerely held political beliefs that the kind of economic programs offered by Democrats might hurt them economically in the long run (thus throwing Premise #2 into question).

Arguments regarding partisanship overwhelming individual reasoning ability also ignore the fact that political affiliation provides people a way to cohere a wide range of beliefs under the umbrella of an ideology they share with others. It’s true that party identification can stifle one’s ability to consider individual issues beyond the lens of that prevailing ideology. But such ideology also provides a rubric to guide decision-making on some of the important issues none of us have the time to master in great detail.

Responses to this year’s vote vaulted over subtle questions regarding the role of ideology and reason to instead focus a broader question we’ve heard from losing parties in the past (only more loudly this time): how stupid can the electorate be (specifically those that didn’t vote like us)?

Generally, the most popular data supporting the ignorance of the American voter involve meme-driven confirmation of partisan prejudices (witness the number of hits received from short videos of doofus-y Trump voters saying racist things, or pictures of defeated Democrats screaming at the camera – middle-finger erect, vs. essays like this one).

Without trying to diminish anyone’s pleasure regarding watching political enemies conform to pre-established expectations, I’d like to propose that the very evidence we choose to embrace (including faulty Election Night polls many chose to believe until the very last second) demonstrates that we might be suffering not from a crisis of ignorance, but of bias.

Genuine ignorance, after all, comes from not being able to understand or learn something. But how often do we confront not inability but unwillingness to believe or learn things that contradict our world view? Such bias-based ignorance is not correlated with intelligence (however that’s measured). In fact, a quick and agile mind can be especially adept at shielding itself from troubling information with complex and sophisticated arguments (often with accompanying academic footnotes).

Tied closely with this bias crisis is an inability to argue our beliefs against those offering intelligent rebuttals since most of us don’t even know anyone who disagrees with us and, if we do, we’d rather not debate them.

Might our unwillingness to subject our ideas to scrutiny come with a cost? I recently stumbled on this epic rant by Jonathan Pie, a faux journalist played by British actor Tom Walker, where he lets loose with a six-minute tirade about why the US voted as it did. While making no judgment about the political positions he espouses, I am ready to endorse his underlying thesis that until we start talking to people we don’t agree with (rather than dismissing or mocking them) we should expect to continue to be lied to, manipulated, and ultimately shocked when the world doesn’t conform to our preferences.