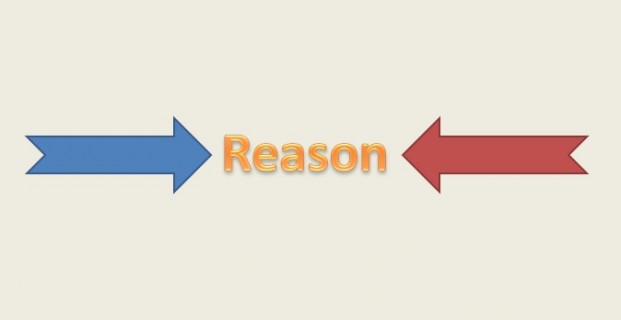 While it’s tempting to focus our reasoning skills on each twist and turn in the primary, keep our mind that the critical thinking lessons being drawn from this election are timeless, meaning they should serve you well after whoever wins this year’s contest has moved onto building their own library/monument/mausoleum.

For example, one reaction to the numerous debates that have taken place so far (which are not likely going to be confused with the Dialogs of Plato) is to look to them for general lessons or thought experiments.  For instance, what might have happened if, during a debate, one of the candidates gave this response to a particularly tough question or challenge:

“You know, that’s a very good question about a very difficult and fast-changing subject.  And I would be doing everyone a disservice if I gave you an answer without having learned enough to speak intelligently.  Let me spend some time reading up on the matter and consulting with those who know more than I do, after which I’ll give it some careful thought and present you an answer worth of that name (with appropriate qualification of what I and any of us still might not know).”

In today’s day and age, such a statement would likely be considered the ultimate gaffe, endlessly played and replayed to demonstrate the candidate as wishy-washy and uninformed.  But the irony is that, once in office, this same statement reflects exactly how we want our President to behave: thoughtful, measured, and ready to consult with others before rashly acting.

So one of the questions we should be asking ourselves as another election comes and goes is why might we voters, who expect a President to demonstrate careful critical thinking after assuming the job, want to punish him or her for demonstrating that same level of reasoning ability during the campaign?

Perhaps “I’m a strong critical thinker!,” or “I’m reason well!” are tough to pull off as a Presidential campaign taglines.  Yet I can think of some examples where political authors from opposite ends of the political spectrum made appeals that assumed their audiences wanted to think of themselves as men and women of reason.

The first is former US Vice President Al Gore whose 2007 book The Assault on Reason was a political broadside published during the last years of the Bush administration.

While much of the book is dedicated to listing what Gore perceives to be the many failings of the man to whom the author lost the 2000 US elections, undergirding these criticisms is an argument that “reason, logic and truth seem to play a sharply diminished role in the way America now makes important decisions.”

According to Gore, a combination of political corruption and dumbed-down public dialog (created by saturation media distorted by partisan and corporate interests) has reduced the country’s ability to think clearly, so as to base important decision on reason and logic, rather than ideology and superstition.

No doubt skepticism over global warming (the subject of Gore’s best-selling Inconvenient Truth) was playing a role in the author’s analysis that both the public and its leaders were failing to act logically and reasonably.  And without getting into the substance of the global warming debate, the relevant point for readers of this blog is that a skilled politician and celebrated political author felt that the public (or at least a large segment of it) would sympathize with the argument that reason should prevail in politics and public policy.

If your position on one of Gore’s issues (or Gore himself) prevents you from looking at his work from a non-partisan perspective, a second book that makes a similar argument (albeit from a completely opposite political perspective) might provide some distance.

The World Turned Upside Down by British journalist and author Melanie Phillips makes the same argument as Gore (that the world is rapidly losing its ability to reason and think critically about important political subjects).  But in her case, the subjects about which we debate irrationally are the very subjects Gore sees reason providing settled answers to (such as global warming and how the US got into a war with Iraq).

Now Phillips ties her observations into what she perceives as a growth in superstitions belief, lumping together New Age cults, 9/11 conspiracy theories and unquestioned faith in subjects such as man-made global warming and even human evolution into a single phenomena which she traces to people desperately searching for meaning in a post-religious age.

And while her wide choice of targets might diminish the strength of her political argument, again we should note that she is not calling for a return to decision-making based on religious belief.  Rather, she is claiming that in our post-religious age, reason does not take the lead but instead morphs into its own cult of irrationality.

Again, separating out the writer’s particular politics (as we did with Gore’s), we are left with a political writer (this one from the opposite end of the political spectrum to the former Vice President’s) who feels that her audience will respond positively to the argument that our polity should be informed by logic and reason, even if she feels that logic and reason lead to a very different place than where Al Gore had ended up.

One last author I’d like to mention is Lee Harris, author of the book The Suicide of Reason.  And while Harris (like Gore and Phillips) discuss controversial political matters (the subtitle of his book being Radical Islam’s Threat to the West), his primary argument in Suicide of Reason takes aim at reason itself.

Harris’s main thesis is that the culture of reason that many in the West live in (and both Gore and Phillips are playing to) is not the result of mankind taking the next evolutionary step towards progress (leading to an end of history, with all societies eventually being run by rational actors).  Rather, he sees the reasoning society as itself a sub-culture, a sub-culture that could never have been created by reason alone.

I bring this up to highlight the fact that whenever we are trying to apply the principles of critical thinking (logic, reason, analytical weighing of evidence) to political debate we are embarking on a highly artificial project, a project that would confuse (and possibly appall) most people throughout history.  But I think it’s a good sign that even those who might not be able to follow a well-organized syllogism still want to think of themselves as rational actors.  For this might just mean that even people who have not mastered the tools needed to become critical thinkers (yet), at least understand the value of eventually doing so.