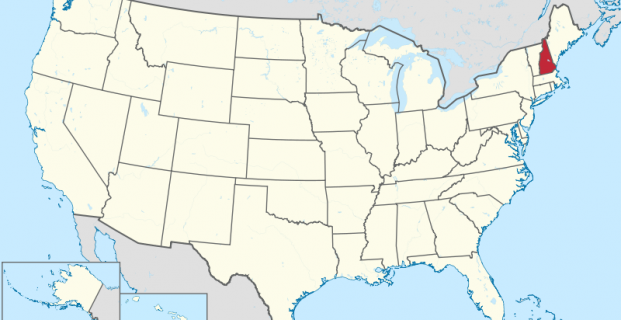 Well two boxes of pre-release print copies of Critical Voter arrived on my doorstep yesterday, so those of you who asked for an advanced review copy should have one in your hands within the next few days. Reviewers can still request a copy here, and the ebook is now available for pre-order at Amazon for February 1 delivery.

As I looked at those two boxes of hard copies now sitting by my office couch, I realized that one of the best audiences for the new book was less than two hours away in my neighboring state of New Hampshire.

As you might have heard, one of this year’s election milestones takes place there, after some Iowans do something the week before. Which means the campaigns are in full swing in Graniteland, and several candidates are planning to visit the state this weekend (weather permitting).

And so a political junkie friend and I will be heading north tomorrow, he to collect campaign souvenirs, and I to give rather than receive. Specifically, I’m planning to give a copy of Critical Voter to each of the presidential campaigns.

That said, the book contains all kinds of advice for how to convince and persuade, including descriptions of many techniques used by the current crop of candidates who may not know there are names and rationales for what they are doing when they give speech, run an ad or take part in a debate. And while I expect the primary audience for Critical Voter to be those who are not running for President (including those who want to learn how to see through the rhetoric of campaigning), anyone looking become more persuasive (including those vying for first place in New Hampshire) could do worse than follow advice found in the book.

Now the Critical Voter project is meant to be completely non-partisan, meaning the book will be given to the campaigns of Democrats and Republicans alike (and I may drop off a copy to one of the third-party candidates who happens to live around the corner). But given the busyness and “we-know-everything-already-ness” of today’s professional campaigns (an attitude that has worked so well this primary season), the edge to be found in the book will only accrue to those campaigns who actually do something with the book (starting by reading it).

So if you start seeing a candidate play to the audiences biases, or start using rhetorical flourishes in just the right way, at just the right time, with just the right audience (like the anaphora device you just read), you’ll know which candidate is a reader.

News of the tomorrow’s visit on Monday.