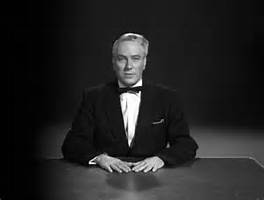 One of mankind’s great passions (and fantasies) is the hope that we can both predict and control the future. And never does this belief become more fashionable — and expensive — than during a Presidential election.

Turning to this year’s contest, the rules of the game seemed pretty certain less than a year ago as politicians, money people and the media lined up around one of a few predictable outcomes.

On the Republican side, the candidate field started big as over a dozen men (and one woman) perceived that the Primary was the main contest to win. This was based on their expectation (i.e., their prediction) that the public was tiring of (if not hostile towards) the current Democratic administration, and that the assumed rival for the main event — Hillary Clinton — was vulnerable on a number of fronts.

This many candidates did create uncertainty regarding which governor, senator or congressperson would face Clinton in the Fall. But the expectation was still that it would be one of these men vs. one of the three non-politicians who had entered the race (Fiorina, Carson and Trump) who would become the party’s nominee. Which is why tens if not hundreds of millions of dollars were invested in their campaigns to make sure an “inevitable” November result would center around “smart-money’s” preferred choice.

But something strange happened on the way towards this likeliest of outcomes: the Trump candidacy took off, riding a wave of discontent towards politics in general and Republican Party leadership in particular. And the wide field that was meant to usher in a new generation of Republican leaders who would dominate politics for generations instead split the mainstream vote to such a degree that the third of voters who remained loyal to Trump translated into momentum-generating victories.

Now it’s not entirely clear whether an insurgent candidate can ultimately win when virtually the entire party he wants to represent is fighting against his nomination. But if the last several months have taught us anything it is that those party leaders share with the media and much of the public the bewilderment that derives from seeing a future perceived to be certain unravel before their eyes.

Over on the Democratic side, the outsider insurgency (represented by Bernie Sanders) seems less likely to disrupt an inevitable Clinton nomination. But keep in mind that no non-incumbent candidate in American history ever invested more in creating that perception of inevitability. Years were spent locking up all the big money, all the insider support, all the “super-delegates” and endorsements – to the point where the only people interested in contesting Clinton’s coronation barely made it past the starting gate before dropping out.

Except for a 74-year-old Vermont Socialist who is still managing to win important contests, to the embarrassment of all those who banked on a pathway to the presidency that contained no surprises.

Surprise, after all, is the arch enemy of predictability and control. It is also the enemy of consistency, the thing we all crave to the point of ignoring or denying any reality that might be inconsistent with our beliefs and our assumptions about how the world should work.

As I mentioned in the conclusion of Critical Voter, a long-lost blogger once compared our current political system to the financial system that led to economic collapse in 2008. That system was built on the assumption that lots of really, really smart people had created mechanisms that banished risk from the marketplace by collateralizing it, selling it off and (one assumes) booting it out of our dimension.

As it turned out, those assumptions were not only wrong but masked the fact that risk hadn’t been done away with but instead had narrowed stability to a tiny strip of land, with sheer cliff both sides of that path (and the end of the trail as well). And once people strayed off the presumed “safe” lane of stability, all hell broke loose.

Now replace the financial geniuses, “quants” and investment technocrats with pollsters, consultants and soft-money contributors who joined forces to ensure that everything which happens between a candidate throwing his hat into the ring and election day is entirely controllable and you begin to see why our current political system had the potential to melt down as rapidly and completely as did our financial system.

The financial system did recover (at least for now), and perhaps our political one will as well. But for that to happen, we voters need to stop acting like dots on a pollster’s graph or “consumers” who can be swayed by some consultant’s survey-tested choice of words and instead start thinking for ourselves — even if this requires us to overcome strongly held beliefs and biases. For it is only when the candidates realize they can no longer anticipate what we will do without having to know what we think that predictability — or at least reason — might return to our broken system.